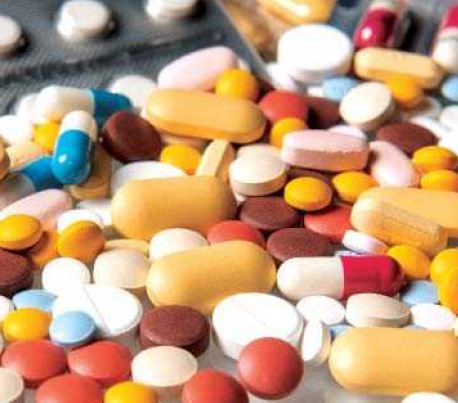 India is planning new duty structures to impose higher trade barriers and raise import duties on products from China and elsewhere.
Sources said that tariff may be only a small part of the story as there will be regulatory, political and internal market barriers too. Some may be needed to ensure health and quality, but most may be in place just to restrict imports.
India imports 90 percent of bulk drugs or APIs from China and allows it easy access through a simple registration system. After registration, there’s no rule for checking off each consignment at the time of imports.
An importing country can impose anti-dumping, countervailing, or safeguard duties. However, in contrast to China, where most foreign firms need a lengthy approval process, India provides an easy entry. It has less than 150 products that have mandatory technical standards. This provides easy passage to cheap, low-quality products into Indian territory.
Already Prime Minister, Narendra Modi has given a call of “vocal for local” and “Atamanirbhar Bharat”. The new duty structures are likely to be gradually outlined over the next three months, said the sources, who asked not to be named as the plan is still being finalised. India’s finance ministry and trade ministry, which is involved in the discussions, did not respond to requests for comment.
The government is considering raising import duties on 160-200 products and imposing non-tariff barriers — such as licensing requirements or stricter quality checks — on another 100, according to the officials. The decision will target imports worth $8-10 billion with the aim of deterring non-essential lower quality imports which render Indian products uncompetitive, said the first official, who has direct knowledge of the plans.
“We are not targeting any country, but this is one of the ways to reduce a trade deficit that is lopsided with countries like China,” the second official said.
Bilateral trade between China and India was worth $88 billion in the fiscal year ending March 2019, with a trade deficit of $53.5 billion in China’s favour, the widest India has with any country.
Between April 2019 and February 2020, the latest data available, India’s trade deficit with China was $46.8 billion. A separate industry source familiar with the matter said engineering goods, electronics and some medical equipment were among items being considered under the plan. A third government source said non-tariff barriers, such as more stringent quality control certification, could apply to imported products such as air conditioners.
After the announcement of Atamnirbhar Bharat, Prime Minister, Narendra Modi has vowed to promote and protect local manufacturing since he swept to power in 2014. He has promoted a “Make in India” programme in recent years, and last month announced an “Atmanirbhar Bharat”, or a self-reliant India, campaign. India already raised taxes on imports of goods such as electronic items, toys and furniture in February, drawing criticism that it was a protectionist move against foreign businesses. Sweden’s IKEA, for example, said at the time it was disappointed with the higher tariffs.
The new steps though considered baby steps may be helpful to promote make in India products. This has become a necessity in the prevailing Covid-19 pandemic situation and in view of border conflict with China in which 20 soldiers were martyred.