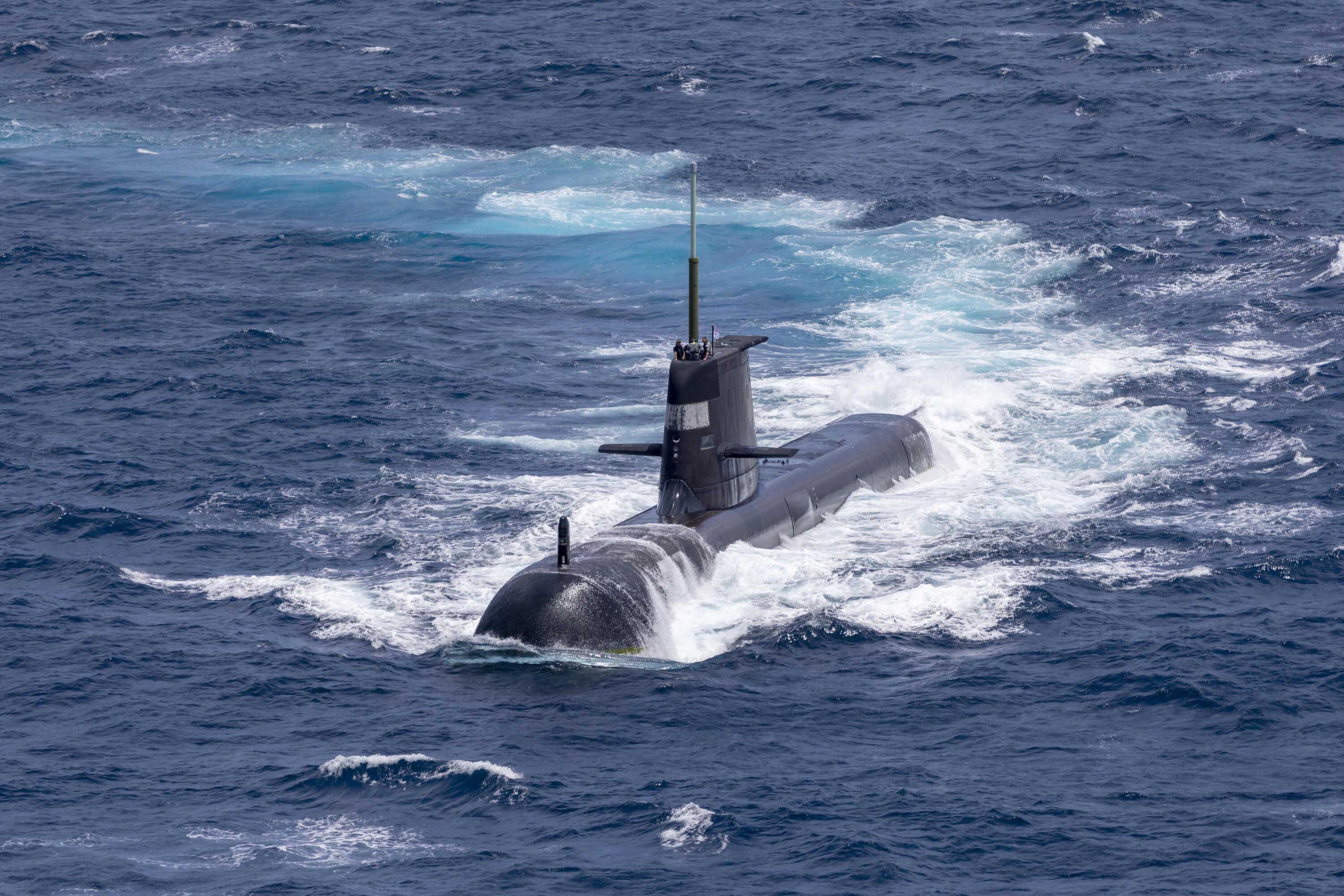 China’s belligerence in the Indian Ocean region has given rise to many minilaterals in the Indo-Pacific region like Quad and AUKUS. However, the world is in a state of flux, and with the rising minilaterals, multilateral institutions cannot be undermined. A report by Gauri Narain Mathur

The contemporary geo politics is witnessing a strategic transition, from the declining significance of the multilateralism to the emergence of minilateralism. The growing great power antagonism has hampered the consensus building in the multi-lateral groupings. Moreover, the pandemic has also outlined the susceptibility of the multilateral institutions and lead to the rise of minilateral institutions. China’s belligerence in the South China Sea and in the Indian Ocean region has given rise to many such minilaterals in the Indo-Pacific region. Some of the prominent ones are Quad and AUKUS (a trilateral security pact between Australia, the United Kingdom and the United States), announced on 15 September 2021 for the Indo-Pacific region.

AUKUS, which was announced this year, staged the return of Great Britain into Indo- Pacific region which was once known as British lake. According to British Prime Minister Boris Johnson, AUKUS intends to maintain stability and peace within the Indo- Pacific region. The AUKUS is one of the complicated and technologically challenging groupings within the region. It is a bonding of three key players Australia, UK and US into a strategic maritime partnership.

This partnership will focus on arming Australia with nuclear-powered submarines. While Quad, on the other hand, initially evolved as an integrating apparatus to cope with the after effects of Tsunami in the Indian Ocean in 2004, and it is Quad 2.0 which has thereafter transformed into as world’s one of the most important alliances.

The Quad which consists of Japan, US, India and Australia is focusing on to establishing a rule based global order through strategic and economic partnership. Beginning with the former Japanese Premier’s speech of “Confluence of Two Seas” to US Deputy NSA Mathew Pottinger’s conceptualization of Indo-Pacific extending “from California to Kilimanjaro” rather than from “Hollywood to Bollywood” signifies the transformation in their understanding of security. In contemporary times, Quad has escalated its military exercises such as the high-profile Malabar Exercises. In this context it is important to note where India stands.

India is an emerging economy however its transition is taking place in the umbra of China’s yet more majestic prominence. China’s emergence constitutes a cardinal threat to India on various fronts. Beijing’s power will continue to flourish and this has hitherto disturbed the strategic balance within the Indo-Pacific region and in the world.

China poses a forthright security threat to India through border disputes and incursions such as Galwan Valley and the Doklam standoff, to name a few. China’s growing economic influence can be used to arm twist India. Thus, India needs to determine how to guard its interests in this unstable world by selecting among these six key options. These include remaining nonaligned, relying and strengthening the hard power capability, hedging, building regional groupings, forming alliance with China, forming alliance with USA. As far as India is concerned it is both, member of Democratic Security Diamond or Quad to counter China strategically within the Indo Pacific region and a member of Asia-Africa Growth Corridor to counter China’s economic influence within Afro Asian region.

The concept of Minilateralism, however, is not new to India. India since 1992 has been party to thetri-lateral defense arrangement with Japan and USA. What has made this partnership stronger is that they are all determined to endorse freedom of navigation, free trade and respect for international laws. These goals are extremely significant keeping in mind Chinese incursions in the Indian Ocean Region through String of Pearls.

However, India has never openly stated that Quad is against any particular state. The Chinese media has often labeled Quad as the Asian NATO. At the very first Indo Australia 2+2 Dialogue, Indian External Affairs Minister, S.Jaishankar reiterated “Quad is the forum of four countries to collaborate for the benefit of the world and for their own benefit.” It is not appropriate to compare it with a Cold War Alliance. For India has always referred Quad as the force for global good.

The dilemma for India is that, with India’s resurrected vigilance regarding China’s growing influence and the reinstatement of Quad; it has to contemplate various conflicting security and diplomatic policy decisions. In fact, India’s conception of Indo Pacific focuses on Indian Ocean Region and not much upon Pacific Ocean which is very different from USA’s conceptualization of it. 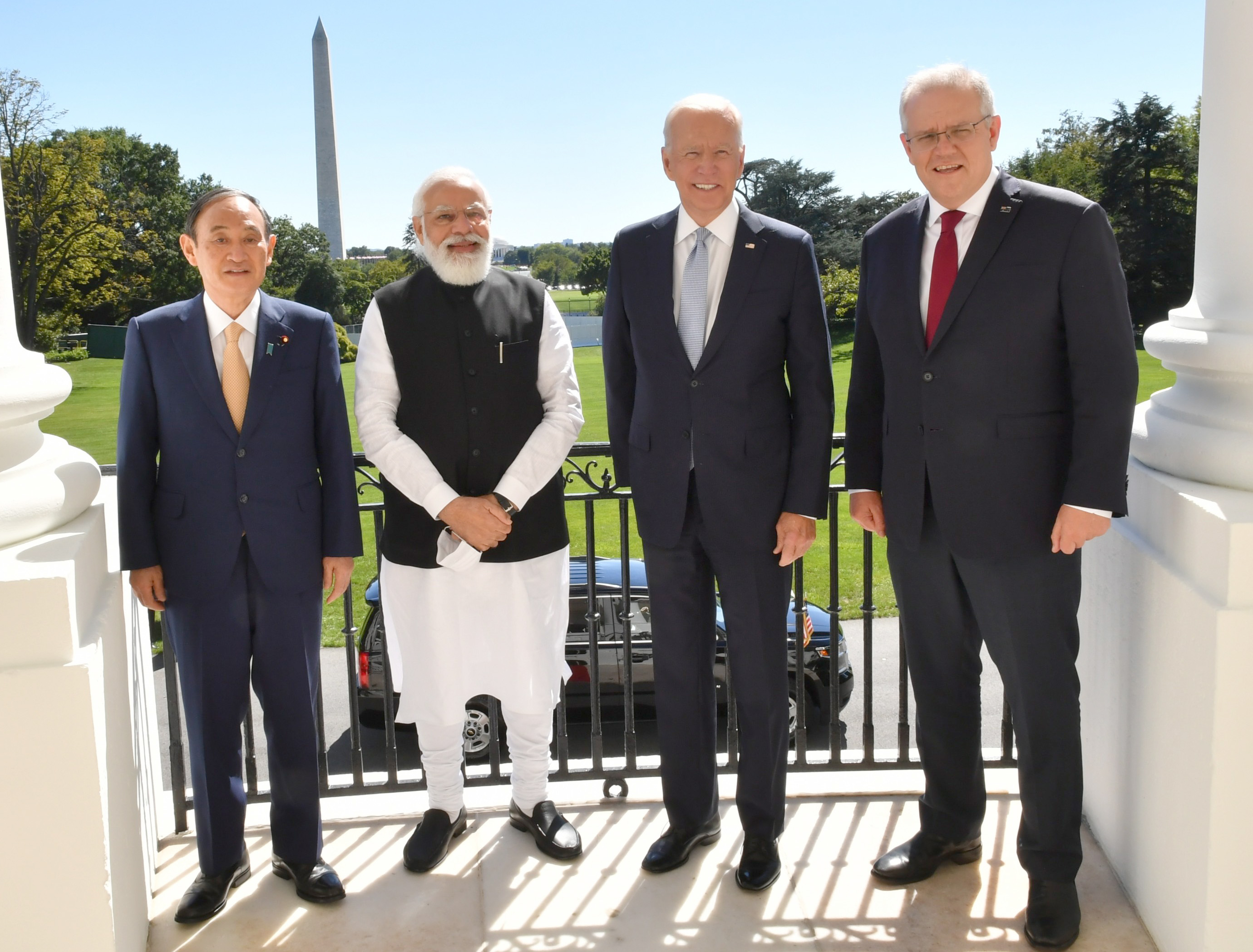 Though US has become the key partner of India in the last few years but India is still suspicious of US’ long-term intentions. Indian diplomats are of the view that through AUKUS, USA is providing the strongly desired technical know-how with one of the Quad member states but not with the rest. Also, AUKUS undermines US’s NATO partner France.

Meanwhile, the Indian diplomatic Communities which have supported France as it is India’s key strategic partner and has brought into consideration the question of India’s position regarding US. In fact, the current trilateral grouping of India, France and Australia is the prime example of increasing minilaterals in Indo-Pacific region and India’s role in it. It was in September 2020 that its member states had their very first meet.

The resolve of this meet was to focus upon constructing stable relations among the three member states and to work together on their respective strengths in order to create a peaceful world order. During their ministerial meet in 2021, they highlighted about the significance of the international law, freedom of navigation, free trade, peace and security within the Indo-Pacific. India, Australia and Indonesia is another significant tri-lateral initiative which came into being in 2017. All the three countries in the grouping aimed at handling China’s deployment of armed force, together with naval incursion into Indonesia’s Natuna Islands, border dispute with India and financial bullying against Australia.

India has indeed has been reluctant to hold on to these small and unique minilateral groupings but China’s hostility in the last few years has led to this transformation. Regardless of some distrust, Quad is extremely significant for India as it is India’s deep-rooted policy to counter China. Thus, most of the minilateral groupings are cropping up in the Indo-Pacific region.

As far as India is concerned it is not only strengthening its partnerships with key powers in the region but also diversifying its reach. Strategically, India is not only a partner in a US based minilateral but other trilateral initiatives like India-France –Australia and India-Indonesia –Australia to contain China. Yet, it has not completely given up on Multilaterals like Asia Africa Growth Corridor, G20 or BRICS. India along with Japan is involved in the infrastructural development projects with many African Countries through Asia-Africa Growth Corridor.

Through this, India is attempting to harness its economic potential within Africa. It evolved as a counter grouping to Belt Road Initiative and CPEC. However, what cannot be ignored is that, China holds a strategic supremacy for USA as most of its economy is dependent upon Chinese trade therefore it will not completely undermine or contain China. At times India has also concurred with China such as on the issue of Climate Change. Thus, what can be stated that world is in the state of flux, with the rising minilaterals, multilateral institutions cannot be undermined. India has adopted the diplomacy of Strategic Pragmatism to counter the ever-increasing challenges of contemporary world politics.

(The author has done her doctorate in International Relations from Jamia Millia Islamia University, New Delhi.)