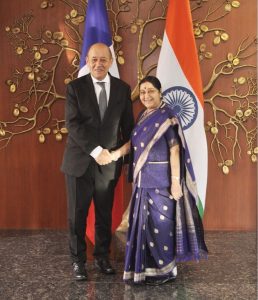 In a joint press briefing, India and France have agreed to fight terrorism and also agreed on deepening their strategic partnership through cooperation in the Indo-Pacific, civil nuclear, defense and security, space, trade and economic sectors.

“We have also signed the Status of Progress for Implementation of Industrial Way Forward Agreement today,” EAM Swaraj added.

“This holds true on the strategic front, notably with the strengthening of our exchanges on the Indian Ocean, which today are fast developing, and our shared commitment to fighting terrorism, as we mark ten years since the deadly Mumbai attacks,” the French minister said.

EAM Swaraj said that both nations are working together in several areas, including climate change.  She said bilateral trade should be increased between the two sides. 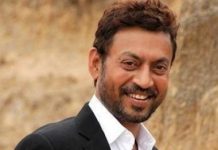