India on Thursday said it was deeply concerned over the unilateral military offensive by Turkey in northeastern Syria and asserted that the action can undermine stability in the region and the fight against terrorism.

The Ministry of External Affairs (MEA) in a statement said, “We are deeply concerned at the unilateral military offensive by Turkey in north-east Syria.”

Turkey’s action also has the potential for causing humanitarian and civilian distress, it said.

“We call upon Turkey to exercise restraint and respect the sovereignty and territorial integrity of Syria. We urge the peaceful settlement of all issues through dialogue and discussion,” it added. 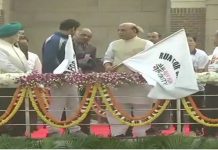