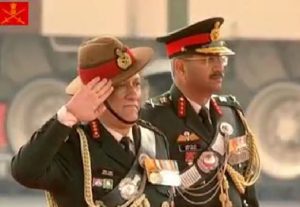 Nation on Tuesday is celebrating its 71st army day.

On this day, in the year 1949, Field Marshal KM Cariappa took over as the first Commander-in-Chief of the Indian Army from British Commander General Sir Francis Butcher. The day is dedicated to the brave soldiers of the Indian Army who fought to safeguard the country’s honour.

On Army Day, President Ram Nath Kovind said, “Citizens sleep securely knowing you are ever awake and ever vigilant.”

“On Army Day, greetings to the valiant men and women of the Indian Army, to veterans and their families. You are our nation’s pride, the sentinels of our liberty. Citizens sleep securely knowing you are ever awake and ever vigilant,” President Kovind tweeted.

“Congratulations to Indian Army: On the occasion of the Army Day, Chief of the Air Staff and all Air-Warriors of IAF wish Indian Army personnel & their families, a very happy,” Indian Air Force tweeted.

Minister of Youth Affairs and Sports Rajyavardhan Rathore said, “On #ArmyDay, a tribute to the brave soldiers of the Indian Army. Every single one of them is the epitome of matchless valor and boundless determination; and embodies the motto of the Indian Army: Service Before Self. Let us proudly honor our army! Jai Hind!” 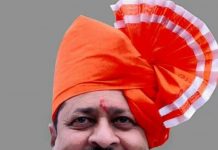