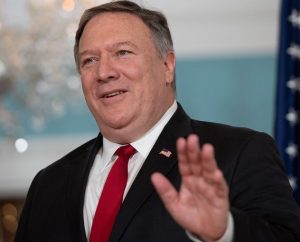 Ahead of the 2+2 dialogue between India and the US, United States Secretary of State Mike Pompeo said that issues like India buying Russian missile defence systems and oil from Iranian would be part of the dialogue, but also added these issues will not be the primary focus.

India likely to convey to the US during the 2+2 dialogue that it is going ahead with the Rs 40,000 crore deal with Russia to procure a batch of S-400 Triumf air defence missile system.

“There are half a dozen things on the agenda that we’re really intent on making progress on. Those decisions are important, they’re important to the relationship for sure, but I don’t see us resolving those or having the intention to resolve those during this set of meetings of the Strategic Dialogue. They’re really about things that are big and strategic and will go on for 20, 40, 50 years. Those are the kinds of topics that Secretary Mattis and I are hoping to address – not that those aren’t important, but they’re not part of the structural relationship between the two countries,” added Pompeo

According to sources , bilateral meetings between Pompeo and External Affairs Minister Sushma Swaraj and between Defence Secretary Jim Mattis and Defence Minister Nirmala Sitharaman will be held in respective ministries.

The highlights of the dialogue are scheduled to be counter-terrorism, defence cooperation and trade.

Sources revealed that India will also sensitize the US on oil imports and impact of sanctions on the Indian economy. 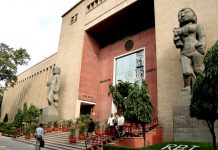