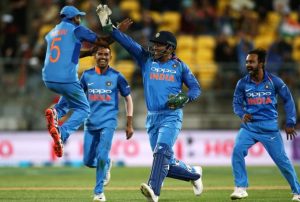 India beat New Zealand on Sunday by 35 runs in the fifth and final One Day International at the Westpac Stadium, Wellington to clinch the five-match series 4-1.

BCCI tweeted, “Game Over! #TeamIndia clinch the final ODI by 35 runs and wrap the series 4-1 #NZvIND.”

Indian cricketer Virat Kohli took to his twitter account and tweeted, “Great come back from a tough situation early on to make it 4-1. Shows the character we have. Well done boys.”

“New Zealand bowl India out in the last over! Rayudu’s gritty 90, useful contributions from Shankar and Jadhav, and Pandya’s fiery 22-ball 45 lift the visitors to 252 in the final ODI,” ICC tweeted. 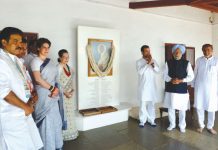