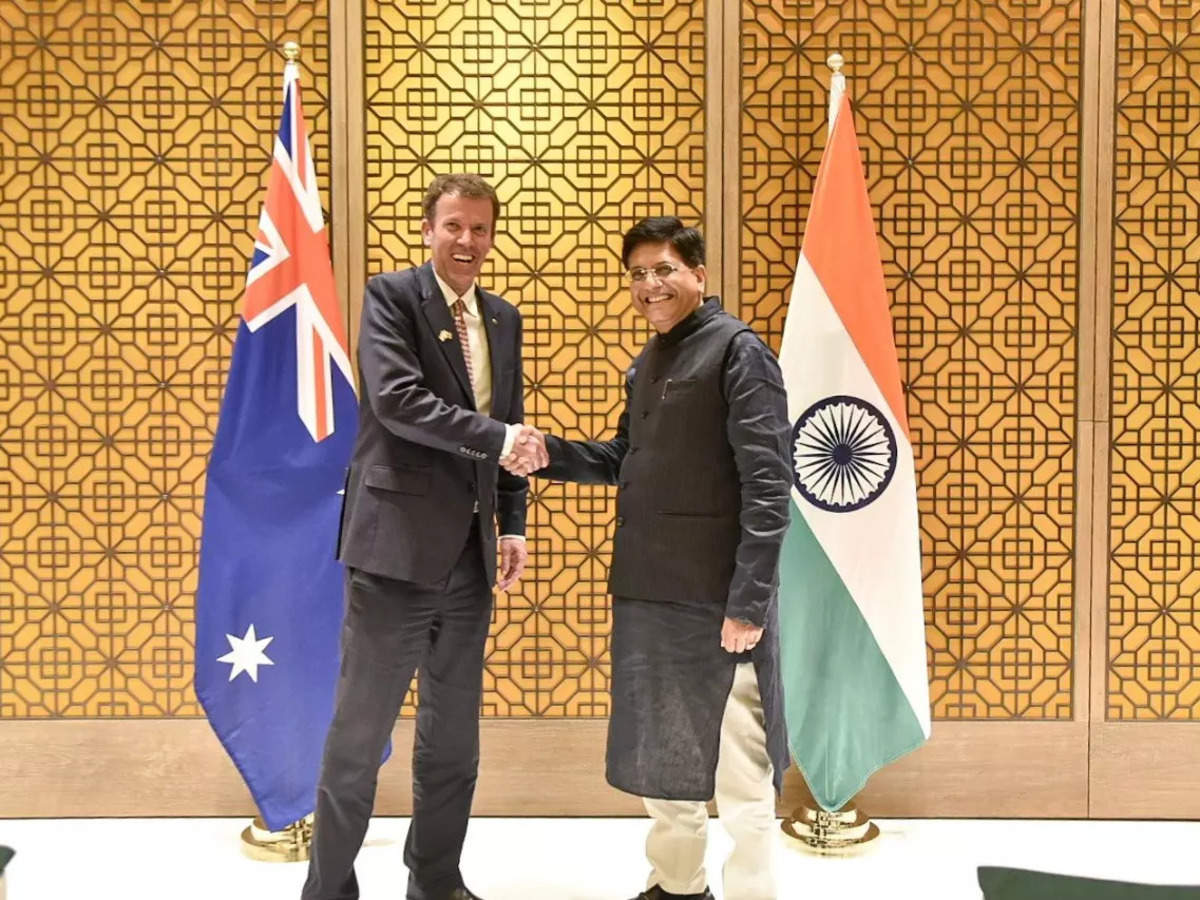 Union Minister of Commerce and Industry Piyush Goyal and Australian Minister for Trade, Tourism and Investment Dan Tehan have announced an understanding on the Interim agreement and finalizing it in the next 30 days. The India-Australia Comprehensive Economic Cooperation Agreement (CECA) is expected to be concluded in 12 months thereafter. Goyal and Tehan were addressing a joint press conference after conclusion of the 3-day talks in New Delhi.

Speaking on the occasion Piyush Goyal recalled watching the classic movie ‘Dil Chahta Hai’, which was partially shot in Australia, and portrayed a strong bond of friendship among friends. He said expanding  India-Australia relationship also exhibits a similar strong bond. CECA FTA is like a ‘Dil Chahta Hai FTA’, which represents the hope, aspiration & ambition of the people of our two great nations.

India and Australia are expected to sign the Interim Agreement in March 2022. The areas covered under the interim agreement should include goods, services, rules of origin, sanitary and phytosanitary measures, Customs procedure, and Legal and Institutional issues.

Speaking on the occasion, Piyush Goyal said that he had very fruitful discussions with his Australian counterpart and significant progress has been made in advancing the FTA between the two nations. Goyal said that India and Australia were natural partners and complemented each other in a variety of ways. The Minister said that discussions between the two nations happened with openness and concern and sensitivity for the issues on both sides.

Terming the negotiations as a watershed moment in India-Australia bilateral relationship, Goyal expressed his gratitude to the Prime Ministers of both nations, Narendra Modi and The Hon Scott Morrison for their leadership, guidance and support. He also complimented officers from both sides who worked proactively to build a comprehensive economic partnership which will be a win-win for both, opening up huge opportunities for people of India and Australia.

Commerce and Industry Minister exhorted that India and Australia are linked by the great Indian Ocean; connected by history, shared inheritances and deeply interlinked destinies. The CECA would be a substantial opportunity for both of economies and a significant moment in the India-Australia bilateral relationship.

Piyush Goyal and Dan Tehan both ministers agreed on the need for a balanced trade agreement that encourages expanded trade and investment flows to the benefit of both of the economies, and reflects a shared commitment to the rules-based international trading system. Ministers also agreed to expeditiously resolve tax-related issues faced by Indian software firms in Australia.

Responding to a question, Goyal said that Quad has brought the four countries, viz. USA, India, Australia and Japan closer and this had also enabled India and Australia to come closer to each other in economic relations as well.

Dan Tehan also announced that on 21st February, Australia would be open to travelers from all over the world and extended his invitation to Indians to visit Australia. The Minister opined that as a result of MoU, the tourism flows between the two countries will continue to grow and that the education relationship between the two nations would also flourish.  We are looking at mutual recognition of qualifications in Australia so that students can now study in both nations, he said.

Australian Dan Tehan expressed confidence that the interim agreement would be a significant milestone in relationship between our two countries. He said that the warmth of the relationship between the two nations and the honesty and transparency with which the negotiations happened would certainly help build a very strong and robust economic ties.