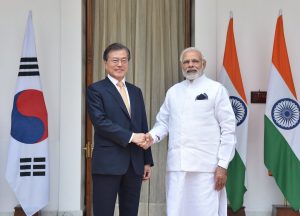 President of the Republic of Korea Moon Jae-in paid a State Visit to India from July 8-10, 2018. During the visit, President Moon and Prime Minister Narendra Modi shared a united vision for peace and prosperity for the people of the two countries.

South Korean President Moon Jae-in on Tuesday was given a ceremonial reception at the Rashtrapati Bhavan , during the ceremony he met President Ram Nath Kovind and inspected the guard of honour. 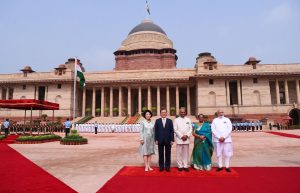 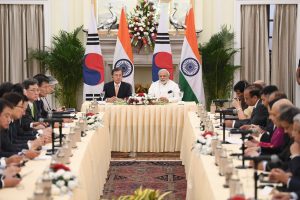 Talking about the southern policy of Moon, Prime Minister Narendra Modi said,”discussed ways to boost ties between India and the Republic of Korea in areas such as trade, investment and innovation with President Moon Jae-in. The Southern Policy of President Moon has a strong potential to enhance prosperity and stability across Asia.”

“The world is aware of the recent developments in the Korean peninsula. An atmosphere of harmony augurs well for humanity and I compliment President Moon Jae-in for his role in furthering a spirit of peace,” PM Modi said.