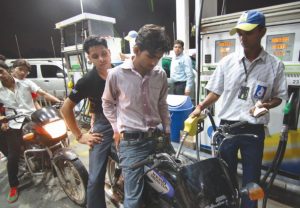 To sooth public anger and as a big political move ahead of 2019, the Centre has cut the fuel prices by 1.50 per litre while promising that the Central government would work towards effective relief of 5 per litre. Finance Minister Arun Jaitley announced that in addition to excise duty being cut by 1.5 per litre, oil marketing companies would also take a hit of 1 per litre as well. “We will also write to states, asking them to reduce VAT taxes by another 2.5 per litre. Consequently, we are hoping for a v5 per litre reduction,” he added.

Besides the cost of crude oil and the exchange rate, the incidence of Excise Duty by the Centre and VAT by the States along with dealer commission that the oil companies pay to fuel pump owners, ends up approximately doubling the final price consumers pay. The information posted on IOC’s website shows that on September 3, a consumer in Delhi paid 79.15 for a litre of petrol that was delivered to the dealers in the city at a cost of 39.21.

On petrol, the Central Excise Duty that has been levied amounts to 17.98 per cent and State VAT of 17.86 per cent. Little doubt that there has been a clamour for bringing petrol and diesel under the GST.

India has the highest fuel prices in South Asia. For instance petrol sells at  value of 63 a litre while in Pakistan it is at 54.51. Even in Bangladesh, it costs 75 a litre.

The politics over fuel pricing has now touched its crescendo. While post 2014, the oil companies, the Centre and States reaped benefits as international crude prices were falling, it has now played a political card when public anger was rising high over daily dose of heavy prices. The trigger has been asking States to bear a cut of 2.50 per litre as announced by the Centre.

While BJP run states have fallen in line, non BJP ruled states have not yielded giving BJP a handle to beat opposition in foremanship. The opposition ruled states claim that since August 2018, the states of Karnataka, Rajasthan, Andhra Pradesh, West Bengal and Kerala cut fuel prices by anywhere between 1 to 2.

When state-run oil marketing companies switched to a dynamic pricing approach to set pump prices of petrol and diesel on a daily basis, the move was expected to ensuring a market-driven approach to fuel pricing by factoring in day-to-day fluctuations in crude oil prices as well as movements in the exchange rate of the U.S. dollar to the rupee. However, instead of giving respite to people, it has led to a regular upward trajectory of petrol and diesel prices.

Rising fuel prices have become a political controversy in India, with attention specifically focused on the high taxes that the Centre charges. Naturally when Centre announced a fuel price cut, the share prices of oil marketing companies like Hindustan Petroleum Corporation Ltd plunged immediately, down by as much as 12 per cent in initial trading.

The move likely to see a negative revenue impact of 10,500 crore as a result of the tax cuts. There is no doubt the policy of high oil taxes has become a source of political debate over the last month, with surging global oil prices no longer providing the Centre with a cushion to defend itself with.

Given the extent to which Central and State taxes inflate the final fuel prices paid by consumers, the governments have the option of trimming excise duty and VAT. Why prices shot up is because the Brent, the international benchmark for oil prices, sometime back crossed $80 a barrel. The current price is almost three times the cost in early 2016 when it
was $29 a barrel.

The full impact of re-imposition of sanctions on Iran has also started affecting. European countries, Russia and China, who are part of the Iran deal, have said they will not participate in American sanctions. It is unclear how far European companies could withstand American pressure and continue trade with Iran. Oil prices are also driven up by coordinated action by Russia and Saudi Arabia to keep supply on a tight leash.

Now after months of fuel shock, there is some relief but no need to play politics over it. The Centre has given a political message ahead of election in some States.

But in coming days, voices are going to become shriller to bring petrol and diesel prices under GST to bring parity in prices. Time when Centre and States were milking the international price dip is history now.

Whether the UPA was giving subsidy to public sector oil companies to stabilize oil prices or the whether the Centre made 18,000 crore by way of higher taxes when crude prices were going down, is debatable.

End consumers are happy with relief saying that this is too late and too little and “ye dil maange more” as burning hole in the wallet is rather big. It is time now to end politics over oil prices by BJP, Congress, AAP or all other parties. 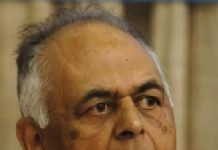