Information reveals, Haryana government has done remarkable work in the field of stubble management as a result of which there has been a decline in the number of stubble burning incidences in the state. However, thirteen districts of Haryana fall under National Capital Region (NCR) covering around 47% area of Haryana state where the situation of pollution in the air increasing as compared to rest part in Haryana state. Air Quality Index (AQI) in most of districts in Haryana state has started rising except Panchkula district recorded minimum as 34 Microgram per square meter (MG/SM) AQI has been recorded maximum in the state at Dharuheda in Rewari district recorded as 286 MG/SM).

Chief Minister Manohar Lal Khatter said, Haryana is geared up to handle stubble burning issue ahead of the winter season in the state. Addressing a meeting attended by ministers and senior officials of various departments in the as well as from Delhi, Punjab, Rajasthan and Uttar Pradesh Khatter said Haryana government has taken steps for improving air quality by using bio-decomposer technology for stubble burning management seems bringing satisfactory result. He said, work of laying Compressed Natural Gas (CNG) and Piped Natural Gas (PNG) pipelines in the state being delayed because of the non-availability of these pipelines since many industries have been facing difficulties due to epidemic outbreak in past. He added, switching the industrial units to CNG and PNG has already been done in a phased manner at the places where the pipelines are available,

Khatter said the total area under paddy in Haryana is 34.10 lakh acres which has been reduced up to 10.7 percent in comparison to the previous year with the efforts of the state government, He told that In a bid to ensure efficient management of stubble burning, the villages of the state have been categorized into Red, Yellow and Green Zones in terms of incidences of crop residue burning as per the data provided by the Haryana Space Applications Centre (HARSAC) to the Agriculture and Farmers’ Welfare Department. Chief Minister said a detailed action plan has been prepared for the prevention of crop residue burning in the current season and the same has been discussed at length with the Commission for Air Quality Management (CAQM) in NCR and adjoining areas.

According to available date, district wise AQI has been recorded in the state identified as  246 MG/SM at Manesar, 213 Mg/SqM at Gurugram, 211Mg/SqM at Kurukshetra, 199Mg/SqM at Faridabad, 188 Mg/SqM at Jind, 167 Mg/SqM at Hisar, 161 Mg/SqM at Sirsa, 160 Mg/SqM at Panipat, 137 Mg/SqM at Bhiwani, 134 Mg/SqM at Karnal, 128 Mg/SqM at Narnaul, 113 Mg/SqM at Rohtak,  108 Mg/SqM at Ambala, 104 Mg/SqM each at Kaithal and Palwal. Pollution in the state, especially in NCR area is likely to go much higher due to use of crackers in approaching Diwali festival although state government has imposed complete ban over use of crackers likely to spread pollution in air advising to use only green crackers like previous years when government directions were usually violated. 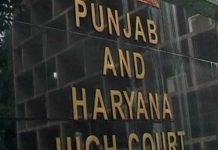 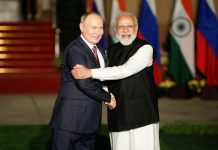