Incessant rains killed three people, including a 13-year-old boy, in Mumbai and adjoining Thane District on June 24 and 25. Continued rain has hit the road, air and train services. Several parts of the suburbs, including Malad and Powai, received heavy rainfall on June 24 and recorded the highest amount of rainfall at 110.80 mm to 78 mm between 8:30 am and 4:30 pm, a Met department official said.

Two people were killed and three others were injured when a tree fell on them near Azad Maidan on June 24. All the five victims were rushed to GT Hospital, where two were declared dead.

A boy was killed and his parents were injured when a wall collapsed on their house at Wadol village in Ambernath taluka of Thane, Santosh Kadam, civic body official reportedly said.

Continuous rainfall has caused water logging at some stations, disrupting local train services and also affected the arrival of flights at Mumbai airport on 22 June afternoon. Even it has led to the closure of main runway about 30 minutes.

“Commuters are suggested to keep a check on Twitter and radio channels as we will be communicating about the diversions,” said Amitesh Kumar, joint commissioner of police (traffic).

A K Gupta, General Manager Western Railway, is proceeding to personally monitor the restoration work of affected UP line track between Bhilad and Sanjan due to very heavy rains during the previous night. Efforts are on for early restoration, Western Railway stated.

A part of an under-construction building collapsed on June 25 in Wadala but no injuries were reported from the incident.

Due to fall of tree at Mahananda Dairy, near NESCO, slowing down traffic on Western Express Highway in both directions: Mumbai Police.

According to India Meteorological Department, heavy to very heavy rain is likely to continue in the region. #Maharashtra

Due to heavy rainfall between Thane and Byculla stations, trains on Up and Down lines running late by 15-20 minutes. 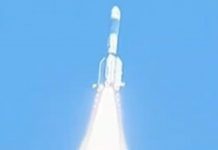 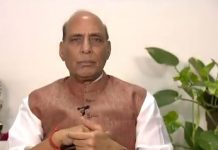