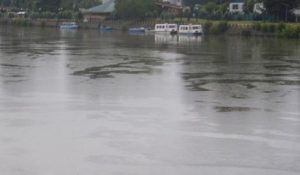 Owing to incessant rains in Kashmir Valley authorities on June 30 has issued a flood alert in central Kashmir especially for low lying areas, including Srinagar. “The people living in low-lying areas and embankments of river Jhelum in Srinagar were requested to be alert and prepared for evacuation,” said Deputy Commissioner Srinagar Syed Abid Rasheed Shah.

Schools and colleges across the valley stayed closed on June 30 due to the severe weather conditions.

“The gauge at Ram Munshi Bagh crossed the flood declaration of 18 feet and was flowing at 20.87 feet at 10 am,” an official at the irrigation and flood control department said.

He also said that the staff deputed on flood duty in central Kashmir is directed to report to their sectors and beats.

Omar Abdullah while lashing out at Mehbooba Mufti’s government on preparedness regarding flood alert tweeted, “What was the PDP-BJP government doing after the devastating floods of 2014? What happened to the dredging of the Jehlum? Why was the carrying capacity of the flood channel not increased? Where did the money go?”

Due to heavy rainfall and extreme weather condition the ongoing Amarnath Yatra from Jammu was suspended for today and no batch of pilgrims is being allowed to trek towards the Himalayan cave shrine. 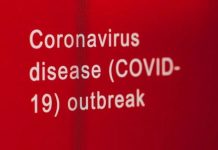