How bright are the chances of Bharatiya Janata Party (BJP) strongman and Gujarat Chief Minister Narendra Modi to become India’s prime minister? Few politicians have as astute an ear to the ground as Nationalist Congress Party boss Sharad Pawar. Weighing in last week on Modi’s candidature, Pawar opined that regional players would play kingmaker after next year’s General Election. He named Samajwadi Party chief Mulayam Singh Yadav, Bahujan Samaj Party leader Mayawati, West Bengal Chief Minister Mamata Banerjee, Tamil Nadu Chief Minister J Jayalalithaa, Odisha Chief Minister Naveen Patnaik and Bihar Chief Minister Nitish Kumar to that club.
Pawar may be on to something there. After all, no one ever became Indian prime minister by virtue of being an unchallenged leader. Not even Jawaharlal Nehru who, although the most prominent Congress leader after Gandhi, got the job in 1946 in part because of the Mahatma’s preference for him. Indeed, Maulana Abul Kalam Azad, who led the Congress in negotiations with the British through 1945-46, could well have trumped Nehru had he not, unfortunately for him, ended his tenure as Congress president to be succeeded by Nehru weeks before an interim government was formed.
And Pawar would know a thing or two of the misfortune of being a kingmaker but never the king. After Rajiv Gandhi’s assassination in the middle of the 1991 General Election, the Maratha satrap was a strong choice to become the Congress party chief, a position that could have nailed the country’s top job for him after the election. But the late Arjun Singh, an equally powerful party rival then who fancied his own chances, scuppered Pawar’s bid. Both then chose a has-been — PV Narasimha Rao — as the party’s interim boss so they could resume their battle after the results were out. Of course, as history famously records, Rao became prime minister and promptly cut both down to size.
Indeed, of India’s prime ministers, only Indira Gandhi and Rao could behave as iron-fisted overlords — and both ended up triggering multiple desertions and splits, weakening their party. With their Machiavellian politics to hound intra-party opponents, both would lose their party political ground in key states forever. Ironically, Gandhi herself first became prime minister in 1966 only as a compromise choice of rival factions of the time who saw her as a lightweight “dumb doll”. Her son, Rajiv, became prime minister because he was, well, her son and heir apparent and she had just been brutally murdered.
Among recent premiers, Atal Bihari Vajpayee spent six years repeatedly giving in to the Rashtriya Swayamsevak Sangh, the ideological parent of his BJP, as well as to recalcitrant allies over whom he had little control. George Fernandes, who quit as defence minister in the wake of Tehelka’s Operation Westend exposé, forced his way back to the job months later despite Vajpayee’s reluctance. More famously, Vajpayee wanted to but could not sack Modi after the massacre of Muslims in Gujarat in 2002.
And how did Vajpayee become prime minister the first time in 1996? Up until that year, he had been in the BJP’s doghouse since deciding in 1989 to sit out the divisive campaign to build the Ram temple in place of Ayodhya’s Babri mosque. Instead, LK Advani, that campaign’s poster boy, became the Leader of the Opposition in the Lok Sabha for 1991-96. But it was Vajpayee’s image of a pliant, non-domineering politician that made the BJP dust him off the shelf to secure allies who loathed Advani.
As for the incumbent, Manmohan Singh is India’s third most durable prime minister ever only because Congress president Sonia Gandhi’s “inner voice” bade her to decline the chance to be India’s first foreigner-turned- naturalised citizen to become prime minister.
How does all this bode for Modi? If the BJP leads the 2014 Lok Sabha but falls short of 200 seats, Pawar’s Gang of Six would come into play. Yadav, Mayawati, Banerjee and Kumar depend on sizeable Muslim votes and hence are antipathetic to Modi. Even Jayalalithaa and Patnaik, who have fewer Muslim voters, harbour ambitions to become prime minister some day. Backing Modi now could haunt later.
An even bigger issue would be Modi’s history of systematically decimating every opponent over the past decade to emerge as the BJP’s prime ministerial aspirant. It would be impossible for Modi to convince the Gang of Six that he would suddenly be humble, pliant and consensual.
So if not Modi, then who? Not for nothing has Advani been positioning himself as a mellowed patriarch, an all-weather friend you can always trust.
ajit@tehelka.com 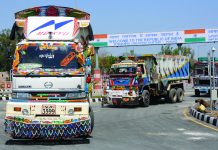 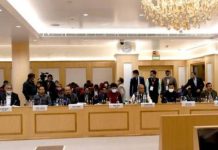