Delhi Police rode the moral high horse. It sensationalised the allegations. It invoked the sections of a more draconian law, Maharashtra Control of Organised Crime Act (MCOCA, along with the Indian Penal Code (IPC) because it felt that charges under the Gambling Act will allow the accused to go almostscot free, or with a mere slap on their wrist. In the end, the judge said the evidence was sketchy and full of holes.
One could say the real culprits were the gaps in the evidence collected by the Delhi Police, its deliberate intent to send the defendants to jail for several years, and the inability of Indian laws to deal adequately with illegal betting and matchfixing in sports. For Delhi Police, it’s back to Ground Zero.
Way back in 2000, after sensational disclosures by the late Hansie Cronje, once South African skipper, several Indian cricketers — former captain Mohammad Azharuddin, Ajay Jadeja, Manoj Prabhakar and Ajay Sharma — were banned for life by the bcci. Different high courts revoked the bans on two of them, Azharuddin and Jadeja. It is another matter that neither of them played for the country again; Jadeja did play for Rajasthan in the domestic Ranji Trophy and captained the side as well.
To be fair to Delhi Police, it is in august company. Most global investigators, including the anti-corruption unit of the International Cricket Council (ICC), have invariably found it tough, if not impossible, to get favourable orders in such cases. For it is important to first prove the ‘fix’, which isn’t easy, establish the link between performance, money and hawala transactions, connect the players and bookies to a global organised crime syndicate and finally, have the necessary laws to book the culprits.
WHERE IS THE FIX?
As the July 2015 sessions court order shows, it is tough to pinpoint the fix. Take the case of Sreesanth, who allegedly spot-fixed an over in the 2013 ipl match between Rajasthan Royals and Kings XI Punjab on 9 May 2013. Delhi Police said he agreed to take 60 lakh to bowl an over in which he would concede 14+ runs. An advance of 10 lakh was given to his friend and former cricketer, P Jiju Janardhanan. Sreesanth said he would give a signal to let the bookies know that the fix was on.

There was an intercepted conversation where Sreesanth and Janardhanan discussed how to divide the 10 lakh booty – 3 lakh for the latter and 7 lakh for the cricketer. From the advance, the former India’s fast bowler purchased two mobile phones in Jaipur for his two girlfriends, Sakshi Jhala and Deepika. Almost 2 lakh was spent to buy clothes from a Diesel store on the 14th and 15th of May, 2013. A cash amount of 5.5 lakh was recovered from Abhishek Shukla, who had removed the unspent cash after the arrest of his two friends.
However, the sessions court concluded that there was no fix involved. One, Sreesanth did not concede over 14 runs in that over, only 13. Although the bookies commended him for trying his best, the judge said that “the detailed analysis of the over in question would show that S Sreesanth had bowled a legal and competent over.” Reason: In the first four balls, he conceded only five runs. In fact, the first and third balls were dot balls, or no run was scored off them. He also did not deliberately bowl a no-ball or a wide to concede extra runs to reach the 14+ mark.
What turned the police evidence in favour of the cricketer was a phone conversation that Janardhanan had with an alleged bookie, Chandresh Patel. In it, the former clearly said that Sreesanth was cagey about the over as he had been out of the team for a long time and didn’t wish to take the risk. “This clearly reveals the intention of S Sreesanth,” said the order, because the conversation happened at 12:13 pm on the day of the Royals vs Kings XI match.
In Chandila’s case, the police charged that he took Rs 12 lakh in 2012 from bookies but returned it as “he was unable to provide the requisite underperformance to which he had agreed.” He returned the money in three cheques of 4 lakh each to Sunil Bhatia, a member of the syndicate, one of which was debited to Bhatia’s account, two being dishonoured for insufficient funds. In 2013, before IPL 6, Chandila demanded Rs 25 lakh from the bookies. This time he failed to alert the bookies about the fixes with the pre-arranged signal and, therefore, had to return 20 lakh in cash.
As the judge observed, “The evidence, even if admitted in toto, only shows that Ajit Chandela (Chandila) had agreed to underperform but he did not do so. He is not shown to have cheated anybody since he did not underperform after taking money.”
SHOW ME THE MONEY?
To show that a match or an over is fixed, the investigating agencies need to link underperformance of the players, money they received, and the transfer of cash through hawala that involved money laundering. For example, in the case of Sreesanth, the court said that Sreesanth’s ipl contract was worth Rs  1.84 crore and on 3 April 2013, the balance in his HSBC bank account was over 36 lakh. His atm cash withdrawals in April 2013 were over Rs 10 lakh.
“In the given scenario, no presumption could be made that the purchases made by the Sreesanth were from the advance received from the bookies or that such expenses were not made from his legally earned income,” said the court. Similarly, the recovery of  Rs 5.5 lakh from Shukla “is sham and it is the disclosure statement masquerading as seizure/recovery memo (by the police). At best, it can be said that 5.5 lakh were recovered from him (Shukla), but that recovery cannot be connected to S Sreesanth on the basis of disclosure statement of Abhishek Shukla.” 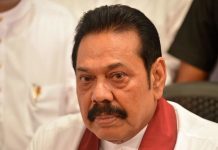