WHO Singer, dancer and anchor, Shibani Dandekar has been performing since the age of four. Most recently, she hosted IPL 4. She also has a band with her sisters Anusha and Apeksha Dandekar called Dmajor. In between, she relocated to New York where she hosted the TV shows Namaste America, V Desi and Asian Variety Show. Dandekar grew up in Australia where she has performed at many places including the Sydney Opera House.
What was it like growing up with three sisters having same interests?
We are all of different ages so we weren’t competing. We always watched each other on stage and were supportive. Even when we worked together and formed a group, we kept our individual careers going. So, it was never a problem.
How did you retain your roots even though you grew up in Australia?
My parents were liberal. Yet, we knew we were different from other kids. We were Indians. We only spoke Marathi at home till we were 15. Our parents were stricter than most parents. They wanted us to know that we have traditions and cultural ethics to follow.
What was different about working in New York?
In New York, 100 girls fight for that one Indian role. Here, it is much easier. The industry accepts you for what you are. Luck, talent and hard work are important. It is getting hard here too because everyone wants to be in the industry. I have been on stage since I was four. Some people just want fame, that’s sad. For me, it is a part of my life
What does being called “hot” mean to you?
With my family, I feel normal. If you are pretty and have zero personality, it doesn’t mean a thing. You need to have that zing.
What do you think is your worst quality?
I have a really bad temper and when I get angry, I get out of control. My temper takes a whole form outside my body. But it comes down quickly as well and I feel super bad after that. It is something I am working on.
How would you react if you walked in on your kid smoking a joint?
I would be upset if the kid is 12. If he or she is 16, I would see it as an experiment and talk about it. Our generation knows how to react to such situations. You can’t lock kids up in a room. It’s natural for them to try out new things.
Aastha Atray Banan is a Senior Correspondent, Mumbai with Tehelka.
aastha@tehelka.com 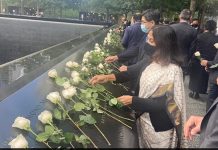