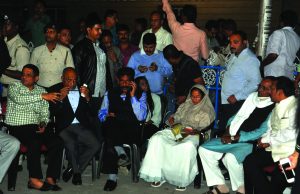 At least for now, the confrontation that was building up between firebrand Chief Minister, Mamata Banerjee and Centre has diffused with the intervention of the Apex Court and Police Commissioner, Rajiv Kumar joining investigations at a neutral place.  The decision allowed both sides in the face-off to claim “moral victory.” The West Bengal Chief Minister Mamata Banerjee has climbed down from the aggressive posture she took in denying the Central Bureau of Investigation room to question Kolkata Police Commissioner Rajiv Kumar. She has ended her sit in “dharna” rarely resorted by a sitting chief minister.

The Supreme Court while ordering Rajiv Kumar, the Kolkata Police Commissioner to cooperate with the CBI in “neutral” Shillong, has at the same time restrained the CBI from taking any coercive action against the police chief.

The face-off between the Centre and the Mamata Banerjee government took place on February 3, 2019, at a time when the Lok Sabha elections are almost a couple of months away. When the Supreme Court is already monitoring the CBI probe into the issues, where was the need for such confrontation?

It so happened that West Bengal Chief Minister Mamata Banerjee found herself on a collision course with the centre after a huge showdown between the state police the CBI when the CBI officials, came to question Kolkata police chief Rajeev Kumar on two Ponzi schemes. The CBI officials were temporarily detained by the West Bengal police.

A furious Ms Banerjee started an overnight dharna to “save the constitution” prompting the BJP leaders to call for President’s Rule in West Bengal. The opposition leaders rallied around Mamata Banerjee. In one fell swoop, the action led to opposition unity and put Mamata Banerjee at the heart of the opposition. Was this a self-goal by Centre or a victory? The question will be debated for times to come. t was advantage Banerjee as the Congress, AAP, Samajwadi Party, BSP, NCP, and even the National Conference rushed to support Mamata Banerjee. Alas, public memory is short. But not short enough to ignore this incident that united the entire opposition. Mamata Banerjee called it a “total constitutional breakdown”. “How dare you come to a police commissioner’s home without a warrant?” she questioned. She said that “This is a Satyagraha and I’ll continue till the country is saved.” She spent the night at the designated spot for protests in central Kolkata, accompanied by city police chief Rajeev Kumar skipping meals and remained awake the entire night. She went on quip “We have full confidence in the judiciary, media, and the people… If they want to impose President’s Rule, we are ready for it.”

The roots of confrontation lay in probe into the Saradha and Rose Valley Ponzi schemes that were probed by Rajiv Kumar. There were allegations that several documents went missing later. Rajiv Kumar was summoned for questioning. The court had restrained the CBI from arresting Kumar and asked Kumar to cooperate with the agency in its agency. This was after an unprecedented showdown between the CBI and West Bengal Chief Minister Mamata Banerjee, who prevented a CBI team from interrogating Kumar in Kolkata. Trinamool Congress’s Meghalaya coordinator and Rajeev Kumar’s counsel Biswajit Deb said he is “cooperating and complying” with the CBI.  Kumar’s role is under the CBI’s scanner because he was heading the special investigation team (SIT) that was formed by the West Bengal government to investigate the Saradha and Rose Valley Chit Fund scams. The investigation was later handed over to the CBI. The CBI alleges that when the investigation was handed over to it, Rajeev Kumar withheld some crucial and incriminating documents that the SIT had collected in the chit fund scams probe. The BJP alleges that these documents raise fingers at various TMC leaders and people close to Mamata Banerjee. The CBI may confront Rajeev Kumar with Kunal Ghosh. But a final call on this will be taken by the investigating officer present in Shillong. The CBI is relying on a 91-page letter from Ghosh, who was expelled by TMC, to the Enforcement Directorate, detailing the role of Kumar in handling the ponzi scam probe after the main accused, Sudipta Sen and Debjani Mukherjee, both promoters of Saradha Group of companies, had fled to Kashmir.

The row erupted when about three dozen officers of the CBI went to confront Police Commissioner but were refused entry by the police guards posted there and the team was taken to a local police station. Mamata Banerjee said the trouble flared up after her mega rally of 23 opposition parties in Kolkata last month as the Centre was rattled over its success.

That the confrontation was brewing could be gauged from the developments of the past. The Prime Minister had claimed the West Bengal government was killing the aspirations of the middle class through “Triple T — Trinamool Tolabazi Tax”. The state’s BJP lawmaker Babul Supriyo tweeted: “President’s Rule should be imposed on West Bengal to control this ‘Rogue’ #TMchhi Govt under a corrupt CM Mamta Banerjee. This is a constitutional crisis ‘created’ by Mamata to shield her corrupt & tainted accomplices “.

“Spoke with Mamata Di tonight and told her we stand shoulder to shoulder with her. The happenings in Bengal are a part of the unrelenting attack on India’s institutions. The entire opposition will stand together & defeat fascist forces.”

Intervening in the stand-off between the Central and West Bengal governments the Supreme Court has de-escalated political tensions, at least for now. The decision allowed both sides in the face-off to claim “moral victory”. However, while ordering him to cooperate with the CBI in “neutral” Shillong, the Court restrained the CBI from taking any coercive action against Kumar. While Mamata Banerjee may have reason to believe that the timing of the CBI’s operation was politically motivated, State police detaining the CBI officials was shocking and illegal. In attempting to obstruct the CBI action in a Supreme Court-monitored investigation, the West Bengal Chief Minister has once again demonstrated that she is better suited to sit on dharnas than a chief minister. A chief minister resorting to holding a dharna in aid of an officer who is required for questioning does her no credit or to the august office of the chief minister of a state. Similarly, trying to overawe a senior police officer’s residence on a Sunday evening with a large team of officers too does not seem the right course of action for the CBI. Mamata has accused that the CBI was being misused against the opponents and she has asked the premier investigating agency to conduct its probe into the theft of Rabindranath Tagore’s Nobel medal with the same urgency with which it had tried to corner Police Commissioner without valid documents. The BJP, in turn, alleged that Mamata was shielding Kolkata police chief Rajeev Kumar as he probably possesses evidence that could prove damning for the ruling Trinamool Congress Party. In the current scenario when tensions were mounting high, it was bound to be interpreted as a high-handed attempt to encroach upon the federal spirit of the constitution.

The apex court has done its job by putting the inquiry back on track, but allegations and counter-allegations continue to fly thick and fast. The new CBI Director, Rishi Kumar Shukla, has taken charge at a time when the agency’s reputation is in shambles. He faces the Herculean task of restoring its credibility in the public eye and ensuring that the CBI functions without any pressure, even as the power tussle on the national stage is set to intensify in the next couple of months.  The impending elections are sure to intensify the heat.

However, the Supreme Court directive may bring only a temporary truce between the West Bengal Government and the Centre. Sources said that the Bengal Governor Keshari Nath Tripathi sent his report on the Mamata versus CBI standoff to the Centre. Then followed a notice from the Union Home Ministry to West Bengal Government. Union Home Ministry has issued a notice asking the Bengal government to take action against DGP Virendra of the 1985 IPS batch, ADG Vineet Kumar Vital of the 1994 IPS batch, ADG (Law and Order) Anuj Sharma of the 1991 IPS batch, Bidhan Nagar Commissioner Gyanwant Singh of the 1993 IPS batch, additional commissioner Supratim Sarkar of the 1997 IPS batch.

The Centre is also considering initiating further action against these officers, including withdrawing medals and honours conferred on them under the All India Services (Conduct) Rules. Sources say the Rajnath Singh-led Home Ministry may also bar these errant officers for a certain period from serving in the central government.

The MHA letter dated February 5, 2019, mentioned that as per information received by the MHA, Rajeev Kumar sat on a dharna along with some police officers with the chief minister, at the Metro Channel in Kolkata. The behaviour is prima facie in contravention of the provisions of AIS (Conduct) Rules, 1968/AIS (Discipline & Appeal) Rules, 1969.

Not to be cowed down, chief minister, Mamata Banerjee retorted that “I will give these five senior officials the highest state honour, if the Centre takes away their medals. Also, I will send a strongly-worded letter, if they send me one,” she said. Banerjee also described the Centre’s plan as a part of “campaign” before polls, and said the Centre cannot take action against them. “This is about campaigning. Police officers are under the state government. They have no moral authority to say all this. They cannot take any action against my police officers. Law and order lie with the state government. With all this, it is clear that the Supreme Court has brought in a temporary truce between the Centre and the State Government, but confrontation continues on the eve of general elections. 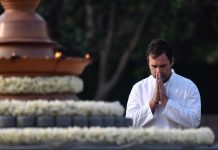 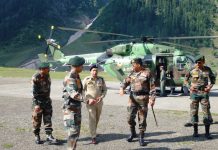