On March 25, Junaid Ashraf Khan left home at Srinagar’s Baghat area to attend the Friday prayers at a nearby mosque. Soon after, he went missing. A day later a picture of him brandishing a Kalashankov went viral on social media. Khan had joined militancy.

But that was not why his picture had circulated online. Militancy had little to do with it. The picture had gone viral as Khan is the son of Mohammed Ashraf Sehrai, a top separatist leader and the newly appointed chief of the Tehreek-i-Hurriyat, succeeding Syed Ali Shah Geelani.

It is for the first time in 30 years of the secessionist struggle in the Valley that the son of a major separatist has taken up the gun. Khan is an MBA and was unemployed for some time. According to the family, he had shown no signs that he was interested in militancy and that his decision had shocked them.

Sehrai has since refused to speak on the issue. Sources in his party have said he will not appeal to his son to shun militancy and return. Earlier, J&K DGP S P Vaid had urged Sehrai to persuade his son and the other militants “to give up the path of the gun”.

The development also occasioned a meeting of the separatist trio Syed Ali Shah Geelani, Mirwaiz Umar Farooq and Yasin Malik. However, their statement to the media was meaningfully silent about Khan. Instead, they blamed the government for resorting to “a pointless militaristic approach” to resolve the turmoil. “Harassment of the youth, ill-treatment meted out to political prisoners, and iron-fisted policies of the state and Central governments has become a substitute to a political process for the resolution of the Kashmir issue,” the statement said.

The incident has triggered a raging debate in the Valley, with comments being posted on Twitter, Facebook and WhatsApp forwards. “Militants have a short span so don’t take it as politics. No politician has sacrificed his son till date. It is because of sincerity and dedication for the cause,” posted a user on Facebook.

“No achievement. We know the life span of militants is very short and also know that nothing gained by guns in past 30 years then why we glorifying his move? His life is valuable for his parents. I wish he will return (to) his home soon,” posted another.

A top Hurriyat leader’s son joining the militancy has many implications for the prevailing troubled situation in the Valley and the separatist politics too. For one, it is certain to substantially raise the political clout of Sehrai, who is already billed to succeed Geelani as the chairman of the influential Hurriyat conglomerate called Hurriyat (G), nullifying the case of the other possible contenders. Hurriyat (G) has leaders like Shabir Shah and Masarat Alam Bhat who can also boast of a long separatist pedigree like Sehrai.

But apart from its possible succession dimension, the development has brought home the troubling new phenomenon of growing fascination with the gun among the local youth, a fact which also came up for discussion in the security review meeting chaired by home secretary Rajiv Gauba in Srinagar. “We will provide full support to all of you in engaging youth in various development activities so that they are kept away from militancy,” an official quoted Gauba as having told the meeting.

Despite the killing of 218 militants last year and around 35 more since January, the trend of local youth taking up arms has shown little signs of ebbing. What is more, as Khan’s example has shown — and earlier that of a PhD scholar from Aligarh Muslim University — even the youth who are highly educated and belong to insulated families are also taking the plunge. 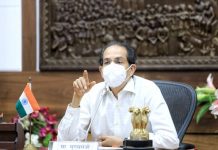