After Punjab Chief Minister, Capt Amarinder Singh and Shiv Sena bumping into Punjab Minister, Navjot Singh Sidhu for attending the oath-taking ceremony of Pakistan Prime Minister Imran Khan and his act of huglomacy, its turn of Khan to wade into the row.

In a tweet, Imran Khan today thanked Navjot Singh Sidhu for attending his oath ceremony describing him as an “ambassador or peace”. “Those in India who targeted him are doing a great disservice to peace in the subcontinent – without peace, our people cannot progress,” Imran Khan said in the tweet.

The tweet surfaced shortly after cricketer-turned-minister Navjot Singh Sidhu defended his visit to Pakistan and a hug shared with the Pakistani army chief.

Sidhu, addressing days of criticism from rivals as well as his own party leaders, asserted that his visit was “not about politics”, that he had gone on the invitation of an old friend.

He referred to peace gestures by former prime minister Atal Bihari Vajpayee and Prime Minister Narendra Modi, who made an unscheduled trip to Lahore in 2015 on the prime minister Nawaz Sharif’s birthday.

“No one is questioning PM Modi,” he said. “For peace, prosperity, goodwill messages are necessary.”

On criticism from his own boss, Punjab Chief Minister Amarinder Singh, he said: “I was criticised by the Captain, by top Congress leaders. It is not necessary that if the Captain has spoken against me, I should too.”

You can’t, he added pointedly, try to please everybody. “He who tried to, pleases nobody.”

Sidhu also defended the embrace he shared with Pakistani army chief Qamar Javed Bajwa, saying it was an “emotional” response.

“The Pak Army chief said they were making efforts to open a corridor from India’s Dera Baba Nanak to the historic Gurdwara Kartarpur Sahib. What followed was an emotional moment,” said the loquacious cricketer-turned-politician.

Amarinder Singh, who has not shared the best of ties with his minister, had earlier ticked off Sidhu publicly saying “I think it was wrong for Sidhu to have shown the affection he did for the Pakistan Army chief, I am not in its favor… The fact is that the man should understand that our soldiers are being killed every day. My own regiment lost one major and two jawans a few months ago,” the Chief Minister had said.

Sidhu was the only Indian to attend the oath-taking ceremony at the Aiwan-e-Sadr (the President House) in Islamabad, on the invitation of Imran Khan, his contemporary and friend from their cricket days.

With this it seems, the row over the visit of Navjot Singh Sidhu to Pakistan refuses to die. 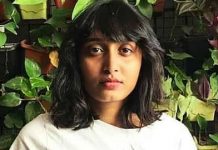