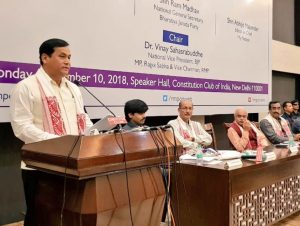 Assam Chief Minister Sarbananda Sonowal on Monday suggested that the National Register of Citizens (NRC) should be implemented across all states of the country.

While addressing a seminar on ‘NRC issue’ Sonowal said, “With the implementation of NRC in all the states, we can protect all Indians”.

He further said, genuine citizens of India would get adequate opportunities to prove their citizenship and their names will be included in the final list of the NRC.

At the same event, Bhartiya Janata Party (BJP) general secretary Ram Madhav said, people excluded from the final list of the Assam-specific National Register of Citizens would be detected, disenfranchised and deported to their countries of origin.

The final draft of NRC Assam which was released in July, included names of 2.89 crore people, out of 3.29 crore applicants in Assam, leaving out names of nearly 40 lakh people. 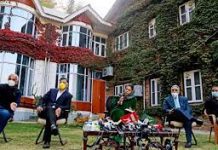