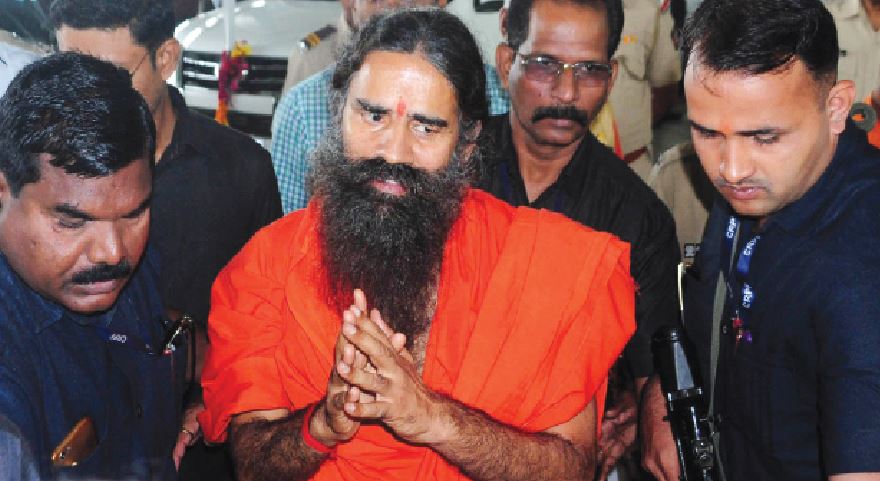 With Yoga Guru Ram Dev on his official twitter handle @yogrishiramdev releasing an open letter on May 24 and IMA sending him a legal notice for questioning the efficacy of allopathic medicines,the tiff instead of ending, seems to grow into a major standoff. A report by SHVETA MISHRA

It was only on May 23 that Yoga guru Baba Ramdev had tendered an apology and withdrawn his controversial comments about allopathy and other modern medicinal methods. This came close on the heels of Union health minister Harsh Vardhan writing to Ramdev, asking for a withdrawal of the statement in which he had derided allopathic methods of treatment and the drugs used to treat Covid-19.

Replying to Harsh Vardhan, Ramdev had said that he was withdrawing his statement to put an end to the debate about the conflict between various methods of medicine.

However, a day later on May 24, Yoga Guru asked the IMA if allopathy offered permanent relief for ailments, such as hypertension and diabetes. In an ‘open letter’ posted on his Twitter handle, Ramdev posed 25 questions to the IMA, which had objected to his viral video running down allopathy treatment for Covid-19. Ramdev was forced to withdraw a statement made in the viral video clip in which he is heard saying that “lakhs have died from taking allopathic medicines for Covid-19”. He is also heard questioning some of the medicines being used to treat Covid-19. The remarks were met with vociferous protests from the doctors’ association, following which Union health asked him to withdraw the “extremely unfortunate” statement.

When Ramdev withdrew the statement, it seemed, the controversy would die down as the Union Minister had lauded the maturity of the yoga guru for withdrawing the statement. However, Ramdev retracted and in his 25 questions he asked if allopathy offered permanent relief from hypertension (BP) and type-1 and 2 diabetes. “Does the pharma industry have permanent treatment for thyroid, arthritis, colitis and asthma?” he asked.

Ramdev went on to ask if allopathy had medicines for fatty liver and liver cirrhosis. “Like you found a cure for TB and chicken pox, look for treatments for liver ailments. After All, allopathy is now 200 years old.” He further asked what non-surgical cure the pharma industry has for heart blockage. “What treatment is there for cholesterol?” he said. “Does the pharma industry have treatment for migraine?”, or treatment for constipation and bloating amnesia without any side effects, he said.

The yoga guru went on to list modern day ailments such as Parkinson’s disease and asked if allopathy had any painless cure to treat infertility as well as to reverse ageing and increase hemoglobin. “Doctors should not fall ill at all if allopathy is all powerful and ‘sarvagun sampanna’ [having all good qualities],” he remarked.

Earlier, the Indian Medical Association had sent a legal notice to yoga guru Ramdev over his alleged remarks against allopathy and “defaming” modern science. The IMA demanded action against Ramdev for his statements on allopathy (modern medicine) in a video circulating on social media. In a statement, the association condemned Ramdev’s words and said that the Union Health Minister either accept the accusation and dissolve modern medical facilities or prosecute him and book him under Epidemic Diseases Act.

The IMA, the country’s largest doctors’ association, demanded action against Ramdev pointing out, “They pretend to throw mud on Modern Allopathic Medicine, but time and again benefitted through the back door in modern medicine hospitals when they get the disease. Taking people for ransom, selling them weird ideology, and winning business by defaming scientific medicine are unpardonable offences.” In a statement, the association said, “IMA brings to the notice of our Hon. Health minister, a video circulating in social media portraying, the celebrated Yoga Guruji saying that ‘modern allopathy ek aisi stupid aur diwaliya science hai’ (modern allopathy is a stupid and failed science).”

Subsequent to this, in a strongly worded letter, Union Health Minister Dr Harsh Vardhan asked Baba Ramdev, the founder of Patanjali Ayurved, to “completely withdraw” his “objectionable and unfortunate statement” against allopathic treatment as it can “break the morale of doctors and weaken our fight against coronavirus pandemic”. The Union Minister had posted the letter on Twitter, tagging Ramdev. Subsequent to this, Ramdev responded to the tweet with a letter of his own in which he wrote that he “withdraws” his statement. “We have also, by using ayurveda and yoga, saved many lives during the pandemic; this also should be respected,” Ramdev wrote.

The exchange came a day after the Indian Medical Association sought action against Ramdev under the Epidemic Diseases Act for what it described as a “vitriolic accusation” against modern medicine. To diffuse the situation, Dr. Harsh Vardhan wrote that “calling the allopathic treatment for Corona as tamasha, bekaar and diwaliya is unfortunate”. Stating that “citizens are extremely upset about your comments on allopathy and doctors’’, he wrote that “it is extremely unfortunate that you said that lakhs of corona deaths have occurred due to allopathic medicine”.

Following the IMA’s criticism, Patanjali Yogpeeth general secretary Acharya Balkrishna had said that Ramdev has “no ill-will against modern science and good practitioners of modern medicine” and “what is attributed against him is false”. “It is necessary to mention that the event was a private event and Swamiji was reading out a forwarded WhatsApp message received by him and various other members who were participating in the event,” Balkrishna said.

In his letter, Harsh Vardhan suggested that Balkrishna’s clarification was “inadequate”. “I hope, by giving a serious thought over this issue, and by respecting the emotions of corona warriors worldwide, you would completely withdraw your objectionable and unfortunate statement,” he wrote in the letter to Ramdev. “During the pandemic, allopathy and the doctors associated with it, have given a new life to crores of people. In this fight, the way the doctors, nurses, and other healthcare workers have put their lives at risk to save the lives of others, and the commitment towards their duty and human service is unprecedented and incomparable,” his letter said.

Today lakhs of people are recovering and going home. The country’s fatality rate is only 1.13 percent and recovery rate is 88 per cent; behind this is the important contribution of allopathy and doctors,” it said. “You should know that diagnosis for smallpox, polio, ebola, SARS, and tuberculosis has been offered by only allopathy. Today, vaccines have become an important weapon against fighting the pandemic; this is also due to allopathy. In your clarification, you have only said that your intention was not against modern medicine and good doctors. I find your clarification inadequate. Your statements are not only disrespectful for the Corona warriors but deeply hurt people’s emotions,” it said. “In these times, calling the current treatment protocols as farce, not only raises questions on allopathy but also on the ability, competence, intentions of the doctors; this is disrespectful. Your statements can prove to break the morale of doctors and weaken our fight against the pandemic,” the Minister wrote.

Ramdev later wrote that he respects the fact that allopathy doctors have put “their lives at risk” to save others.  He reiterated that he was reading out a forwarded WhatsApp message received by him and various other members who were participating in the event. He also said that “some allopathy doctors” should not “disrespect” ayurveda and yoga. 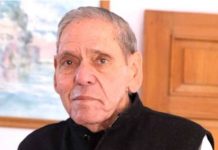