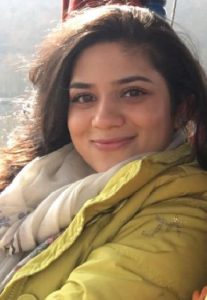 Before August 5, few people in Jammu and Kashmir and India knew about Iltija Mufti, the daughter of incarcerated former J&K Chief Minister Mehbooba Mufti.  In Kashmir Valley, however, her name was sometimes whispered among media circles as one who wrote pithy political posts for the Twitter handle of her mother. But after New Delhi’s contentious revocation of Article 370 which granted Kashmir a partial autonomous status within Indian Union, Iltija has emerged as the closest thing Kashmir’s ongoing resistance to the move has to a spokesperson.

She has become the most conspicuous Kashmiri face on news channels and social media for her vocal articulation of Kashmiri grievances. She has already been interviewed on BBC’s Hard Talk and CNN’s Amanpour show. Her strong defence of Article 370 and unsparing criticism of Modi government for unilaterally scrapping the all-important constitutional provision have won her admirers and adversaries. Her video posts on social media have gone viral.

The Prime Minister Narendra Modi’s “Naya Kashmir” may have just thrown up a new Kashmiri voice, wrought from the desperate need for someone to speak for the erstwhile state when almost all the local leaders have been placed under detention. Iltija has confidently walked up to the empty stage and made it her own. What is more, she has stepped effortlessly into the breach created by her mother’s incarceration.

No one since August 5 has articulated the situation in Kashmir the way she has done, combining emotion of an aggrieved daughter with the shock and anger of a Kashmiri at the abrupt loss of autonomy of their state. And in this she has been arrayed against the ubiquitous government line and a shrill chorus of voices from the rest of India supporting the move.

“How can you take Article 370 away without consulting people,” she retorted to a television anchor’s question about the ongoing situation in Kashmir. “And why can’t we even protest when you do this to us? Is this not our democratic right?”

By answers like these Iltija has given voice to a Kashmiri narrative on Article 370. Her answers have resonated back home, making people relate to her.

It wasn’t, however, easy for Iltija to speak. Days into the withdrawal of J&K’s autonomous status, and after tweeting rejection of removal of Article 370 on behalf of her detained mother, she too complained of  confinement at her home in Srinagar. She was, however, able to send out to media a letter addressed to home minister Amit Shah asking him reasons for not being allowed to leave the home.

“In the world’s largest democracy doesn’t a citizen not have a right speak up in the face of unimaginable repression,“ Iltija said in the letter. “It is a tragic irony that I am being treated like a war criminal fir stating the inconvenient truth”.

In the following days she was allowed to fly to New Delhi from where she was able to freely express herself to media. Her interview on an Indian news channel followed soon after and this is when the country got its first taste of how wronged Kashmiris felt about the withdrawal of Article 370.

“I know it would land me in trouble but I think an average Kashmiri views today’s India as occupational force,” Iltija said. “And most of them they aren’t even thinking of Pakistan, they want freedom”.

This has not been without consequences. Her successive TV appearances didn’t go down well with the government. But after her appearance on Amanpour show, Government, she says, moved to curtail her visits to her mother.

“Earlier I could visit daily. Now I was told to visit only twice a week,” Mufti said. “Also, I received subtle threats that if I don’t stop speaking up, my mother will be slapped with Public Safety Act”.

But Iltija didn’t. “Speaking up is very important in times like these,” she says. “I will continue to raise my voice for my people. Even if it makes a difference of just two percent”.

Does she have a plan to join politics? No, she doesn’t.  She prides herself on being “an apolitical person” and believes there are other ways to contribute her mite.

Besides, she doesn’t think that the politicians have much of a standing left in Kashmir. This she attributes to the situation arising out of the withdrawal of  J&K’s autonomy which, according to her, has wiped out the erstwhile state’s political middle ground. She may be right. Mainstream politicians in Kashmir seem to have lost it both ways. They have been abandoned by New Delhi whose cause they ironically espoused and they enjoy little credibility with their people who fault them for championing deceitful politics in pursuit of personal power.

“I know many people also resent me in Kashmir,” Iltija says implying the potential disadvantage of being the progeny of an establishment politician in the Valley. “And I am also resented by many across India for exposing what New Delhi is doing in Kashmir”.

But speaking for her people is something that she believes is her duty now: “It is a question of our collective existence. New Delhi wants to obliterate identity of Kashmir, change our demography,” says Iltija. “Repeal of Article 370 and its fallout has played out like an act of robbery. They have barged into our home, locked out inmates into a room and are busy stealing and destroying everything that is dearest to us”.

She thinks Kashmiris have little option but to peacefully resist New Delhi’s move “much like rest of India is resisting the Citizenship Amendment Act”. On her part she would be happy to be a part of this resistance. “But the Government of India has put curbs on my movement,” she says. “They won’t lose time to book me much like they have done with so many others including my mother”. 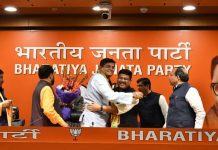 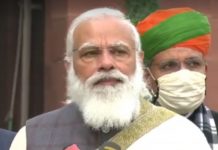