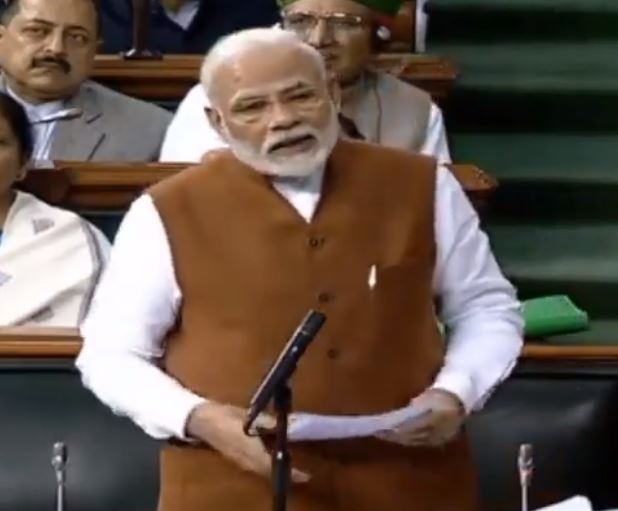 Prime Minister Narendra Modi on Thursday addressed the Lok Sabha over the ongoing discussion on the Motion of Thanks to the President’s address.

During his speech Modi said, “If we have worked as per the old ways: Ram Janmabhoomi issue would have remained unsolved. Kartarpur Sahib corridor would not be a reality. There would be no India-Bangladesh land agreement:”

Modi said, “The President has highlighted the vision for a New India. His address comes at a time when we enter the third decade of the century. President Kovind’s address instills a spirit of hope and it presents a roadmap for taking the nation ahead in the times to come.”

“The people of India have not only changed the Sarkar. They want the Sarokar to be changed as well. If we had worked according to the old ways and thought processes: Article 370 would never have been history. Muslim women would have kept suffering due to Triple Talaq,” added Modi.

“Today the world has many expectations from us. It is essential that we show courage and work to overcome the challenges we are facing,” said Modi.

While talking about BODO Accord, Modi said, “Despite many efforts, the issue was unsolved for years. The Bodo Accord signed now is special because it has brought all stakeholders together and we are moving towards a more peaceful era.”

Delhi: Six dead, 11 injured after fire breaks out at multi-storey...