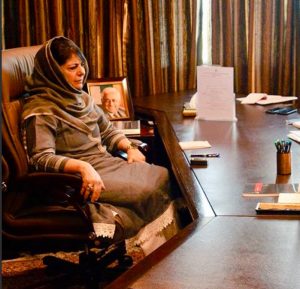 Mehbooba Mufti, the former Chief Minister of Jammu and Kashmir, on July 13 warned BJP that any interference or attempts “by Delhi” to split People’s Democratic Party (PDP) would lead to dangerous consequences.

“If Delhi tries to create divisions in the PDP and interfere like that, just like a Salahuddin and a Yasin Malik were born in 1987, the outcome will be dangerous,” Mehbooba Mufti reportedly said.

Mufti made comments amid reports of BJP trying to form a government in J&K with the support of the rebel PDP MLAs gaining ground. According to PDP, some party members are attempting to form a third front with a National Conference-Congress combine or even with the BJP.

However, BJP rejected the allegations of putting in efforts to return to power in the state.

“Our priority is not government formation… We were in power in the state and had it been our priority we would not have walked away from the coalition government.  Our top most priority is restoration of normalcy in the Valley and peaceful conclusion of the ongoing Amarnath Yatra.  People should feel a sense of security which is the priority of every government but unfortunately it was not evident during the previous regime,” State BJP chief Ravinder Raina said.

Reacting on Mufti’s statement National Conference Chief Omar Abdullah tweets, “She must really be desperate if she is threatening the Centre with renewed militancy if PDP breaks up. She seems to have forgotten that militancy in Kashmir has already been reborn under her most able administration.”

On June 19, the BJP pulled out of the alliance with PDP, citing rising security crisis in the state and that finally led the state under governor’s rule. 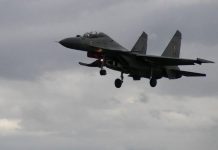 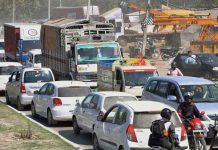 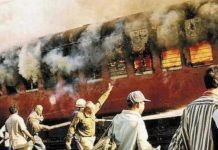