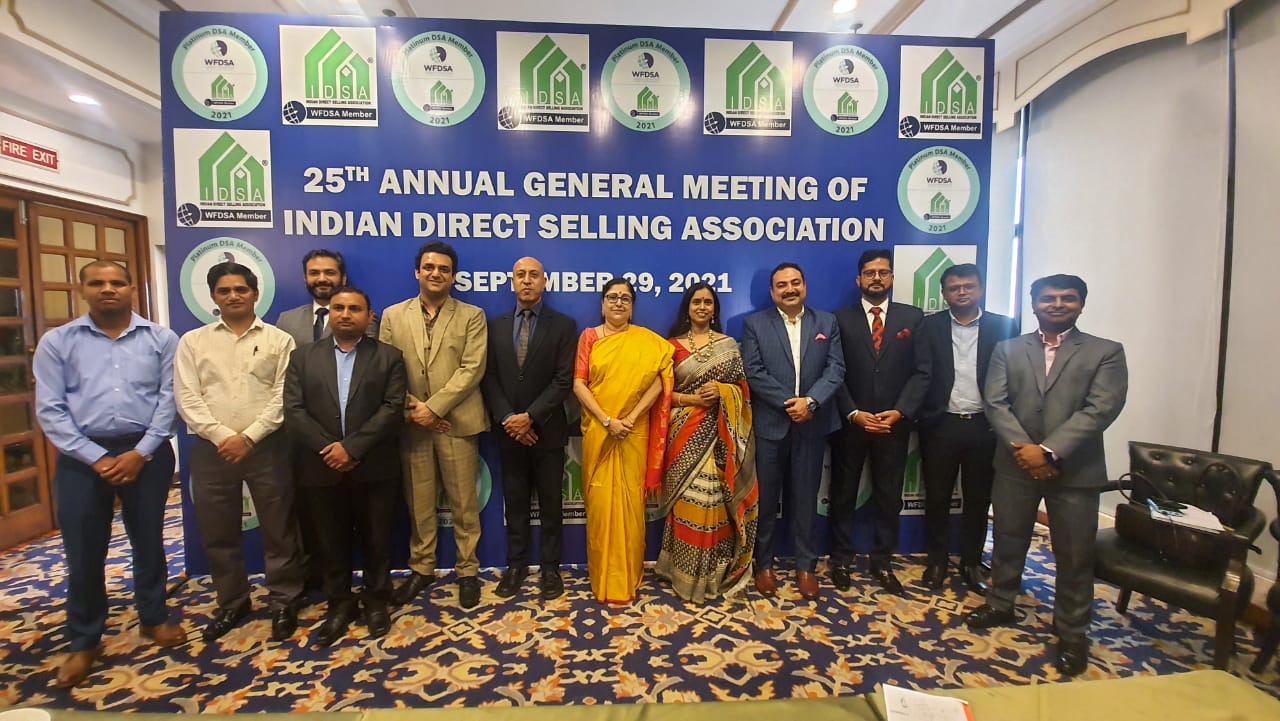 Rajat Banerji has taken over the role of   new Chairman of Indian Direct Selling Association(IDSA), an apex Direct Selling Industry body in the country.  Earlier, he holds the position of Vice-President, Corporate Affairs, Amway India.

The election to form a new Executive Committee was held during 25th Annual General Meeting of the Association here.
Vivek Katoch, Director, Corporate Affairs-RBA South Asia & South-East Asia at Oriflame India was elected as Vice-Chairperson, Harish Pant, Director & Head, Government Relations at Herbalife International India will be the new Treasurer while Aprajita Sarcar, Head- Growth Office at Modicare Limited has been elected as new Secretary of IDSA.    The new Executive Committee will hold the office for a period of two years.

While taking charge of IDSA, Banerji said “Direct Selling has been able to negate the impact of the pandemic with its robust business model which thrives on positive attitudes of people associated with the industry. It has also been able to make inroads in rural India, providing livelihoods and skilling people in the art of sales. We have chalked out a vision or roadmap for the future to further expand Direct Selling-People business- across the country.”

“Consumer protection remains a top priority for us. IDSA had raised this concern with several government departments in the past. The Consumer Protection Act 2019 has opened new avenues towards clear norms and regulations on Direct Selling and the industry is eagerly looking forward to seeing the light of a comprehensive regulatory framework for Direct Selling. Direct Selling ‘Rules’ are now being implemented and the industry would have further clarity on critical policy matters,” he added.

According to the latest IDSA Annual Survey (2019-20), the Indian Direct Selling industry was valued at INR 1,67,762 million in 2019-20 as compared to INR 1,30,800 million in 2018-19. India registered the highest year-on-year growth rate of 28% making it the fastest-growing direct selling market amongst the top 20 direct selling countries in the world.

Rini Sanyal, the outgoing Chairperson said, “Collaborations, hard work and team-building are the main mantras for success. During times of crisis, the Direct Selling universe has been able to convert the obstacles into opportunities. With the growth in consumerism and increase in digital penetration, the future of the Indian Direct Selling industry is bright. The growth of the sector continues to be on an upward trajectory and is expected to continue with the new normal. Going forward, we need to scale up our efforts to maintain this robust growth trajectory.”

Chetan Bhardwaj, General Manager, IDSA will continue to head the IDSA secretariat while lending support to the leadership team, working towards the goal of making the industry body, a robust platform for long term growth and sustainability of India’s direct selling industry.