The sero-surveillance study conducted by ICMR has revealed that 0.73% of the population surveyed showed evidence of past exposure to SARS-CoV-2. This was stated by Dr. Balram Bhargava, Director General of ICMR, during the media briefing on Thursday.

The study also clearly points out that the measures taken during the lockdown have been successful in keeping the transmission low and in preventing rapid spread of COVID-19. ICMR has calculated that compared to rural areas, risk of spread is 1.09 times higher in urban areas and 1.89 times higher in urban slums. The infection fatality rate is very low at 0.08%. This only means that a large portion of the population must continue following COVID appropriate behaviour suggested by from time to time, the statement said. 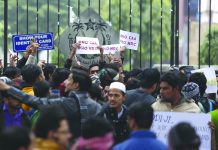