The latest decisions at the ICICI Bank appear to be a travesty of justice. One important move relates to elevating Sandeep Bakshi as Chief Operating Officer of the Bank. So far so good as it seems that the controversial Managing Director and Chief Executive Officer Chanda Kochhar has met her nemesis over the issue of conflict of interest as her husband and brother-in-law had tried to help Videocon promoters. However, a close scrutiny reveals that Chanda Kochhar remains powerful as a statement issued by the bank says that Bakshi “will report to” Kochhar, “who will continue in her role as MD & CEO” of the bank. It did not miss even this opportunity to praise the controversial CEO by attributing her decision to go on leave according to “the highest levels of governance and corporate standards”.

Though under pressure from regulating agencies, the ICICI Bank has reluctantly agreed to set up an independent inquiry and has made Sandeep Bakshi as COO, but the board’s recent decision seems to be nothing but an eyewash. The board’s latest stand makes it clear that Bakshi, subordinate to Kochhar in the ICICI Bank, will continue to report to her. The leverage given to him is only till Kochhar would remain on leave as he would report directly to Board till then.

It may be noted that the Central Bureau of Investigation (CBI) has already registered a preliminary enquiry into allegations that the ICICI Bank chief ‘s husband Deepak Kochhar-owned company NuPower Renewables received an investment from a Videocon group company as a quid pro quo for a loan from the bank. It was followed by a fresh allegation by a whistleblower Arvind Gupta that the bank favoured the Ruias of Essar for allegedly round-tripping investments into NuPower.

The ICICI Bank’s troubles are rooted in a 2016 complaint by an investor, who alleged a quid pro quo deal between Chanda Kochhar’s immediate family members and the Videocon group, which got a 3,250-crore loan from it. This “conflict of interest” complaint resurfaced in the public domain this year. With the CBI and later the stock market regulator SEBI swooping in, the issue of whether the bank had failed to make adequate disclosures about its dealings with the borrower and a firm related to Chanda Kochhar’s husband made headlines and raised eyebrows.

Insiders at the Board meeting told Tehelka that Chanda Kochhar when told to proceed on leave did not go without making a fuss and showed lot of resistance. In the melee, a high drama ensued. Kochhar reportedly adopted a belligerent stance. She did not accept the decision meekly, it is learnt. Chanda Kochhar has been sent on forced leave till the completion of an independent investigation into the charges against her.

High Drama at Board meet

At the Board meeting, Chanda Kochhar questioned why she was being asked to go on leave. However, when the chairman of the bank’s largest shareholder, LIC, insisted on the course of action, she had to budge. The independent directors of the bank too gave in and joined the course raised by the LIC boss. She finally agreed to the proposal but not without heated verbal exchanges. No doubt, Chanda Kochhar, a star on the corporate firmament, enjoys a formidable reputation as a banker but the corporate governance practices in the bank have come under scanner because of the way the issue has cropped up.

Interestingly, initially the ICICI Bank had maintained that Chanda Kochhar was on annual leave. However, faux pas came later when the ICICI Bank issued a statement affirming that she will stay away from the office till the completion of an inquiry into the charges levelled against her by the whistle-blower. Till the inquiry is complete the bank will be steered by Bakhshi, the new COO. This is at best a face-saving cover for a board that was reluctant to act since the controversy broke out.

The ICICI Bank board on June 29 approved the appointment of Girish Chandra Chaturvedi as non-executive part-time chairman of the bank. The term of the current chairman MK Sharma comes to an end on June 30.

The appointment of Chaturvedi, who has extensive administrative experience, comes at a crucial juncture when the bank is battling one of its worst management crisis with the MD and CEO Chanda Kochhar going on a long leave to allow retired justice B Srikrishna to complete an investigation into whether there was a conflict of interest in loans given by the lender to the Videocon Group.

Banking sector experts believe Chaturvedi, a seasoned bureaucrat who has been a director at various financial services companies, will help bring an element of stability to the bank and win back investor confidence.

Other banks in dock

In the meanwhile as if the ICICI Bank imbroglio was not enough, Ravindra Marathe of Bank of Maharashtra has become the latest bank CEO to be arrested. The Pune Police have booked him, his executive director and other bank officials for allegedly colluding with real estate developer DS Kulkarni to divert money and cheat shareholders. Sushil Muhnot, the bank’s former CMD, was also nabbed from Jaipur. All accused have been sent to police custody.

The economic offences wing of Pune Police believes that the arrested officials colluded with promoters of the DSK Group for alleged fraudulent transactions. Pune EoW sources claimed that bank officials misused their positions to sanction loans worth 60 crore in two tranches.
They alleged DSK Group diverted the said loans for personal use including renovating promoter’s house. All the accused have been booked under various sections of the Indian Penal Code and the Prevention of Corruption Act amounting to cheating, forgery, criminal conspiracy, criminal breach of trust, among others.

Earlier the then CMD of Syndicate Bank SK Jain was nabbed by the CBI in a 50 lakh bribery case. The agency last month charged many including former IDBI Bank executives Kishor Kharat, now CEO of Indian Bank, and Melwyn Rego, the CEO of Syndicate Bank, in connection with IDBI Bank’s 600 crore loan to entrepreneur C Sivasankaran’s firm.

Other former and current IDBI employees including GM Yadwadkar, the current DMD of the bank, and BK Batra, its former DMD, were also booked. In April this year, CBI booked former CMD of UCO Bank Arun Kaul in connection with an alleged Rs 621-crore loan fraud in which he purportedly facilitated loans to Era Engineering which were not utilised by the company for the sanctioned purpose. In March, RK Dubey, former CMD of Canara Bank, was booked by the CBI for allegedly allowing deviations in sanctioning credit limits to a company during his tenure as executive director at Central Bank of India.

In March, the investigative agency registered a disproportionate assets case against former CMD of United Bank of India, Archana Bhargava, for amassing assets worth over 3.6 crore allegedly disproportionate to her known sources of income. The PNB too made headlines for all the wrong reasons in Nirav Modi scam. 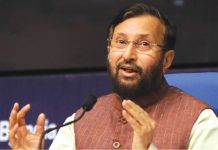