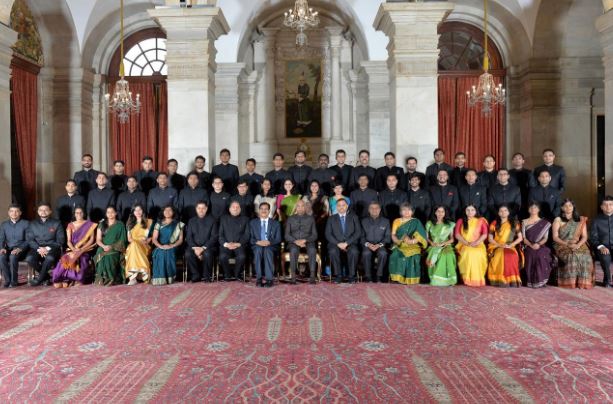 A group of 169 IAS officers of the 2017 batch, currently attached to different Ministries and Departments of the Government of India as Assistant Secretaries, called on the President Ram Nath Kovind on Monday at Rashtrapati Bhavan.

Addressing the officers, the President said that while discharging their responsibilities, they would have to look at approaches that give optimum results. They must emphasize on teamwork and take everybody along and recognize everybody’s contribution. And while they do so, they must lead and be a role-model.

“They must also encourage greater people’s participation in socio-economic programmes, especially where they are dealing with mindsets and attitudes,” he said.

He said that officers’ approach should be people-sensitive and people-centric. We are duty bound to enhance “Ease of Living” for our people.

The President said that IAS officers are at the cutting-edge of implementation and their role is paramount if India is to transform itself to a 5 trillion economy, to double farm-income, to achieve social justice and to make women equal stakeholders in our progress.  He said that the officers had worked hard and with sincerity to reach thus far in life.  They must continue with the same zeal and dedication to serve the people of India.