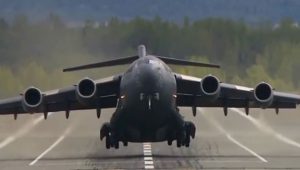 An Indian Air Force (IAF) aircraft overshot the runway at Mumbai International Airport late on Tuesday, causing delay in the flight operations for some time, official sources said on Wednesday.

The incident occurred around 11.39 p.m. when the IAF plane, AN-32 was departing for Yelanga Airforce base near Bengaluru in Karnataka from the main runway at the Chhatrapati Shivaji Maharaj International Airport.

However, no causalities were reported in the incident.

According to the sources, the aircraft movement was diverted to the secondary runway due to this incident. Runway 27 at Mumbai Airport which the IAF aircraft overran is not available for operations.