How did the idea of your first comic book come about?
To spare our daughter the regular hassles of a first birthday, we gifted her Kagazu: The Greenie, a comic book about an eco-friendly superhero. Based on our daughter’s habit, Kagazu eats paper and every time she does, somewhere on the planet, a new tree grows. Also, Kagazu has her umbilical cord wrapped around her neck as a protest against living in a polluted world. We decided to immortalise our daughter’s childhood through this comic.
How do your customers perceive comics?
I find it strange that for a lot of people comic is a laugh-out-loud concept. Their idea of it is very Archie-comics like. They are not interested in the narrative and mostly concern themselves with how much do the caricatures resemble them!
Why is there a sudden demand for personalised merchandise?
Earlier people used to hold onto the knick-knacks and cherish them for long. Today nobody has the time for that. Most of our comics draw stories from everyday life because we tend to let these moments slip away very easily. So we give people a chance to capture the annoying quirks and idiosyncrasies of their loved ones in a comic and hold onto it for posterity.
How do you plan to take this ahead?
I want to take comics beyond the realm of paper. Recently, I was asked to deliver a comic on a platter. It gave me an opportunity to brainstorm about what will make the ink permanent or what material to use. Photo frames and books are the usual choices but to experiment on a quilt or an umbrella is a challenge. Also, you can always push the edge using language and craft, for instance, designing a comic using kalamkari in Telugu.
Apart from everyday incidents, what other themes have you explored?
A trainer once asked me to create comic strips on sexual harassment in workplaces because it’s an uncomfortable topic for many to discuss. Also, I used to suffer from insulinoma and faced immense difficulty during its prognosis owing to the rarity of the disease. During this time, my husband began to sketch a comic about my illness which we have now decided to complete with an aim to create awareness about it. 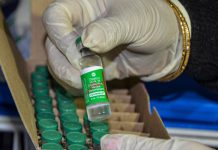