Which memories from childhood formed your artistic vision?
There were three portraits in my house — John F Kennedy, Mahatma Gandhi and my father. My father’s portrait was done by my artist uncle, but I always wondered who could have done the other two. There were other people’s photographs in our house in Kerala, and I never knew where they came from. That spurred my imagination. Also, there was a memorial hall dedicated to poet Kumaran Asan near where we lived. A literary celebration happened there every year. I would participate in story competitions. The scenes from the narratives of Kumaran Asan were an early introduction to visual art.
What feeling could you never translate into art?
I deeply wish I could paint something; paint that twilight moment before the darkness comes in. The threshold between night and day when you become absolutely no one. Even as a child, that experience could never be explained in words or painting. Also, the utter loneliness of the months of March and April. I could never express it in any form until I read Elliot’s The Waste Land. The first line was “April is the cruellest month”. I really hope to paint the same in a work of fiction.
Why do you seek to capture artists in documentary films?
I try to capture what makes these people the artists they have come to be. I try to connect a work of art to the artist’s sociopolitical context in which the artist has grown up. When I write a monogram or a life-related piece, I try to locate the artist within that time-frame — how memories come back to an artist even as they respond to a contemporary issue. When I was doing a project called RAPE — Rare Act of Political Engagement after the Nirbhaya incident, I realised that the women artists were not responding to what happened to Nirbhaya but rather themselves. I look at how these personal traces and inscriptions come back to their work.
Tell us about your short stories for your children.
I created this little boy named Marthandan to read to my daughter. I am a great fan of Ruskin Bond and RK Narayan. I got married to a Marathi woman from Madhya Pradesh, I am a Malayali living in Delhi, our son and daughter have been brought up in Faridabad and speak only English and Hindi. They don’t understand who their father is or was in his formative years. So, I wrote 30 chapters of the Into My Children series for them to read and know about me. 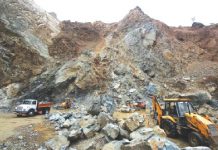