Edited Excerpts from an Interview
How did you become a part of Shyam Benegal’s Samvidhaan?
I have known Shama Zaidi and Atul Tiwari since my early days in Mumbai, and they invited me over to discuss this new project they were working on for Shyam Benegal. Like any other actor, the mere mention of Benegal sparked my interest and when they narrated the first episode of the series to me, I was floored with how organic, objective and thorough with the subject they had been. Also, I had never played the part of an anchor, or sootradhar before.
What kind of training and research went into preparing for this role?
Shyam sir is very particular about rehearsals and wanted to check my Hindi and Urdu diction before proceeding further. I also had to read the entire 10-hour script — not just my portion but also the lines of 155 other people which gave me a clear understanding of the context in which each event took place.
Shows of this nature often bring out the patriot within. Did you experience any of that?
My proudest moment came when I realised that our Constitution is an extremely inspiring and uplifting document with an immensely progressive vision. However, though I am proud of my nationality, I don’t curb people’s freedom or approve of becoming a militant in the name of patriotism. I recognise that there is a lot of injustice happening in the name of nationhood wherein the State uses national security as an excuse to exercise illegitimate actions, whether it is in the Northeast or Kashmir.
Is it important for an artist to have an active engagement with politics?
I distrust any concept that says art is neutral or art could be disengaged from politics and market forces. On the contrary, I am of the belief that art can and should be political. I am part of a group called ‘Swaang’, which is a protest music and theatre group. We perform plays and create music that reflects pressing social issues. Last year, we organised a weeklong campaign called Jurrat to protest violence against women. So, I do believe that art has tremendous power to bring about change and should, therefore, be politically responsible.
How did you make the transition from Listen Amaya’s Amaya to Raanjhanaa’s Bindiya?
Once you get a character, you slip into it and then build it gradually with a lot of conviction. Formal training in any kind of performing arts helps because it gives you a sense of rhythm and the discipline to deliver what is being asked of you by the director — I acquired all of this from having trained under Leela Samson.
Does the divide between commercial cinema and arthouse films bother you?
I have come to realise that if you do not break into the commercial space, you will not get an audience. I can do a hundred films like Listen Amaya and Madholal Keep Walking, and yet not get the visibility that films like Tanu Weds Manu and Raanjhanaa can get me. And the fact is that I have got my identity in the industry not from playing the lead in critically acclaimed films but from playing supporting roles in commercial films. So, I simply try to strike a balance between the two. However, whether it is arthouse or commercial, it needs to be a challenging performance.
The point at which fame suddenly replaces struggle — how overwhelming is it?
My first release was Madholal Keep Walking, a very small film that no one saw but did well at the festivals, following which there was Tanu Weds Manu, a stepping stone. Next came Listen Amaya, a lovely film that garnered critical acclaim but failed at the box office, and Raanjhanaa, which, of course, got me both visibility and fame. But there is no real end to an artist’s struggle. I am an outsider in this industry and I hope I get a chance to be so famous that I can be an a**hole!
aishwarya@tehelka.com 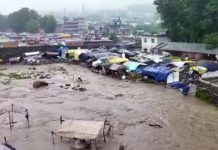