Twenty one years later and still little justice. How do you feel as a Sikh?
I am very disappointed. I was expecting a more forthright denunciation of the people involved. Ninety percent of the report is of no consequence. It is all focused on police stations and I am sure the police could not have acted the way it did unless instructions had come from the very top. Delhi burnt for four days and there was no Section 144, no curfew, no shoot-at-sight orders. Finally when the government sent for the army from Meerut, the Sikh Light Infantry came and they had to be kept in the cantonment. The government was not visible. Even the President of India, Gyani Zail Singh, didn’t matter. I called Rashtrapati Bhawan but Zail Singh didn’t take my call and instead sent me a message asking me to take refuge in a Hindu’s house. Zail Singh should have resigned, even earlier, after Operation Bluestar. His stature would have gone up. Instead, he died unsung by his own community. The Nanavati report has only targeted the lieutenant governor and the police. I am disgusted. All governments make a mockery of these commissions of inquiry.
If someone like you felt so helpless and is now so angry, what about the ordinary Sikhs who lost their family members?
I have no doubt that they will be having nightmares. It is not possible to forget family members being burnt alive. Some of them must have gone crazy and some others must be drugging themselves to sleep. 1984 made me conscious of being a Sikh even though I don’t practise the tenets. But I feel the hurt of the community. I had to move out of my house and was picked up by a complete stranger from the Swedish embassy. I was living in the lap of luxury but felt like a Jew in a Nazi camp. I was an exile in my own country. What shook me was the number of Hindus who revelled in this. Girilal Jain wrote in The Times of India that the Sikhs should have known that this was coming. The Sikh community had, in fact, been let down by their own leaders. Zail Singh and Sanjay Gandhi created Bhindranwale. They let him go when he had been arrested. No one realised the ill-will that had built up against the Sikhs because of Bhindranwale. Not one Sikh leader had the guts to denounce him when he made statements like, ‘each Sikh should kill 32 Hindus.’
How do you feel as an observer of justice?
This is the most gross example of miscarriage of justice. Jagdish Tytler is a liar, saying none of the commissions have even mentioned him. Rajni Kothari brought out a pamphlet just after the carnage titled, ‘Who are the guilty?’ Not one of these guys, Tytler or Sajjan Kumar or Dharam Dass Shastri had the guts to take Kothari to court for criminal lies.
You have been a close friend of the Gandhis. Be it Bluestar or the 1984 carnage, the Congress was responsible.
My closeness to the Gandhis is much exaggerated. I defended Sanjay Gandhi on the Maruti deal. I went to see the Maruti factory and let me tell you it was worse than a mechanic’s shop. The point is and I have said this again and again — the carnage could not have taken place unless there were orders from the very top. Even on the tabling of the Nanavati Commission report, the government waited till the very last day. This shows their malafide intentions and their lack of confidence. They knew they would come in for the severest criticism. I feel personally let down by the Nanavati Commission. I went to depose and the atmosphere was that of a tea party, except that there was no tea. Every one was laughing and joking.
How do you see 1984 as a historian? What is the future for riot victims?
Justice is for the rich and the powerful. Inquiry commissions just pass the buck. Any future historian will know they can’t rely on these reports and will have to seek other sources of information. Governments need to understand that a crime unpunished breeds criminals. 1984 remains unpunished.
Are you upset that the Action Taken Report has been authored by a government headed by Manmohan Singh, a Sikh?
I don’t think he has any say. We know the circumstances under which he became the prime minister. Sikh or not, he has integrity, ability and humility. The Sikh community needs to also look at the positive side. Was it even conceivable in 1984 that we would have a Sikh prime minister, a Sikh Army chief and a Sikh heading the Planning Commission? 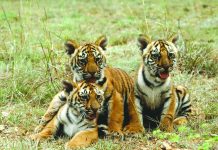