Is Narendra Modi offensive to your particular idea of India?
Modi is a man who has no inner life. Nehru, our first prime minister, had an abundant inner life. Sometimes that made him hesitant in dealing with a country like India, but he was lucky to have a man like Patel by his side. We have had no rule of that kind since. Even Vajpayee tried to be like Nehru. But Modi is the complete opposite. I’m sure that the 1984 Sikh riots have troubled the minds of some Congress people. I will never forgive them for the riots, but I know they pricked the conscience of some within the Congress. The 2002 riots in Gujarat have not pricked Modi’s conscience at all. It shows in his statements where he used that ‘dog getting crushed by a car’ reference. As a writer, I can tell by this imagery that this man isn’t human. He is trying to catch the media’s attention and the media is giving in. Even I, by talking about this, am giving him attention. I don’t give much value to administrative capabilities. Modi saying that he is a good administrator is like me saying I breathe normally every day. He can’t make a virtue out of that, or out of being honest and incorruptible, though I doubt if he is. One is supposed to be honest and capable to lead the people.
What has been the reaction to your comment? How would you reply to it?
I grew up critical of Nehru and Indira. I was against the Emergency. I was criticised for that but never abused like I have been now. This is the nature of fascism. The man has the might of the corporate world behind him, and most of the media. And all these admirers get worried about one remark made by literary man. After all, that’s what I am, a writer. I don’t even write in English. It shows that literature still has power. When an authoritarian personality comes to power, those who are silent now, will be even more silent. So, I don’t want to live in a world where Modi is Prime Minister.
What are the chances of Modi coming to power?
I am worried about his chances of coming to power, though I don’t think he will. But I am very disappointed in the way the Congress has done nothing about this, despite being a strong party with many great personalities. But I have to tell you, before the Karnataka elections, some literary personalities and I held a press conference to ask people to vote for Congress. We wanted that long BJP rule to end in the state. I personally know and admire Siddaramaiah, the current Karnataka chief minister. I may be disappointed with them, but am happy that the Congress is in power in Karnataka.
Do you think the country can move past the 2002 riots?
I don’t think so. I also don’t think the BJP will get enough seats in the 2014 elections. And if the Congress fails, there are other parties and personalities in the country. There is the man in Bihar, who has been managing such a backward state. In fact, for me, even Deve Gowda was not that bad. Modi, however, is very cheap in the way he publicises himself. I am suspicious of a man always so sure of himself. Unlike Gandhi or Nehru, who could handle the pluralism of this country, he has no inner conflict, no hesitation.
You’ve often called him a fascist. Could you elaborate on that?
An important characteristic of fascism is that it creates rumours. Such as the ones the Sangh Parivar has circulated in my case. There is a Kannada newspaper called Kannada Prabah, which has published these rumours and the ugly things people say about me. Things such as I should die. This is what happened in Hitler’s time. It’s what my PhD was on. 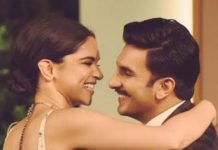