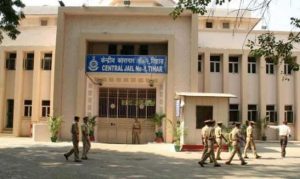 Hurriyat M leader Shahidul Islam who was recently released on parole for a week to be with his ailing wife has been taken back to Tihar jail, a local daily reported here today.

During his parole, the police kept a strict watch over him. No one except the family members were allowed to meet him during his day stay at his Srinagar residence. For the night, he was taken to Rajbagh police station.

Parole of Islam had ended on February 8.

Islam is the close aide of the Hurriyat M chairman Mirwaiz Umar Farooq.

Already seven Kashmiri separatists and a prominent businessman Zahoor Ahmad Watali have been arrested by the central probe agency National investigative Agency for being the alleged recipients of money from Pakistan meant for funding militancy and protests in Valley. The separatists include major leaders like Shabir Shah and Nayeem Khan.