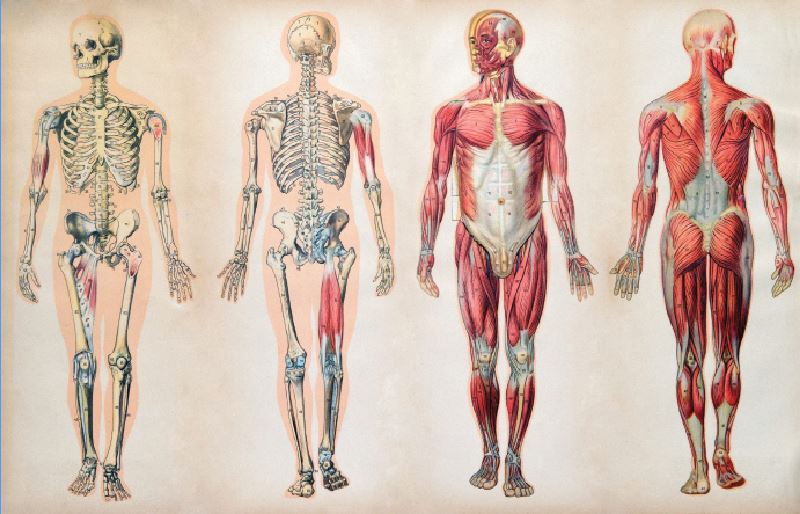 Though the human body has been so designed by the bountiful Nature and has been bestowed with such excellent defence mechanisms to control and to cope with the constant attack of ever-threatening causes, like accidents, invasions by omnipresent bacterias, viruses, toxins, parasites, and fungi, either in single or multiple forms, yet this remains a most misunderstood, most abused and most exploited creation of Nature. How’s and why’s of these sweeping statements shall be answered in simple language in the present and subsequent write-ups in this series.

Any human body has the following three lines of defence on the physical plane, namely, (1) Physical Barriers, which serve to stop any pathogen at the very threshold and thus protect the body, (2) In the eventuality of any breach of protective natural physical barriers, the defensive cells and proteins, forming the second line of defence get activated and trigger off Inflammation, Cough, Vomiting, Fever, etc. to alert the body and at the same time enabling the body to get rid of the offending cause, (3) The Immune System, which forms the third line of defence after the inability or the breach or the failure of first two lines of defence, immediately springs into the quick response to fight and annihilate the invading causes/pathogens/germs, that make the human body sick, namely, any bacterias, viruses, toxins, parasites and fungi, either in single or in multiple forms.

The physical barriers comprise a combination of physical and chemical barriers that prevent all types of foreign agents from penetrating the outer layer of the body. No specific foreign agent is targeted at this level, however, these physical barriers are always ready and prepared to defend the body from any infection. These include the skin, the tears, the mucus, the cilia, the stomach acid, the urine flow, the ‘friendly’ bacteria and white blood cells called neutrophils. The skin is the largest organ of the human body. It acts as a barrier between invaders (pathogens) and the human body and as such it forms a waterproof mechanical barrier. Skin is the outermost and visible physical barrier, whose cells have been naturally fortified with keratin, making the same impenetrable, waterproof, and resistant to disruptive toxins and most invaders. Microorganisms that live all over the skin of the human body can’t get in, unless it is broken. Dead cells of the skin, which are phenomenally estimated at one million every 40 minutes get shed and get replaced by taking the microbes lodged therein with them.

In the human body the nose, the mouth and the eyes are the obvious entry points for pathogens. However, tears, mucus and saliva contain an enzyme that breaks down the cell wall of many bacteria. Those that are not killed immediately are trapped in mucus and are swallowed. Special cells line and protect the nose, throat and other passages within the human body. The inner lining of the body’s gut and lungs also produces mucus to trap invading pathogens. Very fine hairs (cilia) lining the windpipe move mucus and trap particles away from the lungs. Particles can be bacteria or material such as dust or smoke. ‘Friendly’ (beneficial) bacteria grow on the skin, in bowels and other places in the body (such as the mouth and the gut) that stop other harmful bacteria from taking over. Stomach acid kills bacteria and parasites that have been swallowed inadvertently. Urine flow flushes out pathogens from the bladder area.

Other components comprising the physical barriers have mucous membranes. All inner surfaces of the respiratory, digestive, urinary, and reproductive systems of the human body are guarded/lined by mucous membranes that protect the internal lining, however, the mucous membranes are notably more vulnerable than skin. Hair growth in the nose acts as a coarse filter for any untoward thing which finds its way through the nasal passage. After physical barriers, another natural defence in the first line consists of Chemical Barriers. Sweat is such a visible chemical barrier which is produced by glands in the skin and washes away microbes and their acidity and considerably slows bacterial growth. The mucous membranes produce sticky mucous that traps many microbes, which could attack and harm the body. Saliva and tears contain an enzyme called lysozyme that kills bacteria by rupturing their cell walls. Cerumen, that is, the ear wax, produced in the ear canal provides a barrier to protect the auditory canal by trapping dirt and dust particles.

Pathogenic (disease-causing) microorganisms must make it past this first line of defence and when this defence is broken, the second line of defence within the human body is activated. This second line of defence provided in the human body by Mother Nature comprises specialized cells, called the defensive cells. Functionally, if any harmful entity or a pathogen invades the body and is able to cross the first line of defence, these special cells play a role in inhibiting or destroying the pathogen before it harms the body. They are non-specific and react to the presence of any foreign organism or substance. Phagocytes engulf pathogens, damaged tissue, or dead cells. Neutrophils, Macrophages and Eosinophils discharge destructive enzymes to destroy pathogens too big for phagocytes (for example, parasitic worms). Natural Killer Cells seek out abnormal cells, for example, the cancer cells and kill them.

Amongst the defensive proteins comprising the second line of defence, interferon protein needs special mention inasmuch as whenever any virus enters a cell, the infected cell produces interferon. This interferon binds with other cells that become infected with a virus and protects it by stimulating the cell to produce antiviral proteins that prevent the virus from replicating it/making copies of itself. The interferon also attracts and stimulates the natural killer cells and the macrophages to kill cells infected with the virus. The defensive proteins of the second line of defence also complement the defence systems by the destruction of pathogens called Cell-lysis. Enhancement of phagocytosis (called Opsonization), stimulation of inflammation (called Chemotaxis), attracting macrophages and neutrophils.

Forming part of the second line of defence, inflammation is the first and foremost response of the body to alert the human body and make it aware that some tissues are injured or damaged somewhere, where an automatic series of changes popularly called the inflammatory response ensues in the form of redness at that site. Redness is caused by an increased flow of blood to the damaged area thus causing localized heat. This heat is in turn is caused by an increased blood flow that elevates the temperature in the area of injury. Thus the metabolic rate of the body cells is increased resulting in localized swelling. Swelling response increases histamine levels that make capillaries more permeable than usual and consequentially pain appears that alerts the human body to protect the affected area. The second line of defence throws up another alert in the form of fever. How the fever ensues and what is its purport for the human system. A fever is an abnormally high body temperature caused by pyrogens (chemicals that set the “thermostat” in the brain to a higher setpoint). A mild or moderate fever is beneficial inasmuch as it helps the body to fight with bacterial infections by slowing the growth of bacteria and stimulating body defence responses.

The Immune Systems comprises the body’s third line of defence and protects the human body from any damage from any type of infection/affliction/pathogen/cause that tends to harm the human body in any form or manner whatsoever. Immunity and the ways to boost or strengthen it, more particularly during the current Covid-19 pandemic, has garnered so much prominence that it is now perceived as a multi-million rupee money-spinning project. In fact, Immunity means protecting the human body from all such threats in all forms and manners by any such pathogens, infections, other causes etc. The cells and molecules responsible for maintaining immunity, inherently put in place by the Mother Nature, constitute the immune system and their collective and coordinated response to the foreign substance, that is, all noxious/infectious agents is called the immune response. Immunity or immune response generally consists of two steps. Step-1 entails recognition of the pathogen, causes or foreign molecules invading the body after the unholy breach of the first two lines of natural defence. Step-2 involves the body’s inherent mounting reaction against the offending pathogen and to enable the body to get rid of such affliction. In the next write up in this series we continue with the other fascinating aspects of immune responses.

Prima facie, from this factual discussion, it becomes clear that unlike the common belief, pain, inflammation, swelling, fever, cough, vomiting etc., by themselves are not any disease but should be respectfully seen and taken as the Mother Nature’s inherent compassion telling the human body to look for the underlying causes of such body signals and seriously attempt to discover/unravel/understand/and get treatment for the underlying body aberrations, while avoiding any attempt to benumb or deal with or palliate the body’s natural defences by medical interference. It is indeed a very alarming state of affairs to see the modern-day so-called healers tend to tinker with the human body’s naturally inbuilt defence mechanisms only at the drop of hat without attempting to correct the underlying causes and then claim “cure” of the outstanding complaint, much to the detriment of long term health and well being of the ailing beings. How’s and why’s of this sweeping inference shall be dealt with in subsequent write-ups. 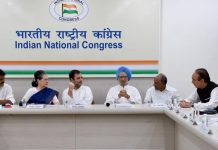