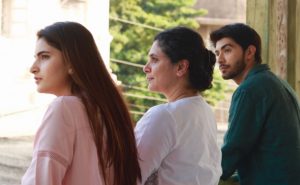 WHO has accorded India the notoriety of being the 6th most depressed country in the world.  A report by the global health authority released alarming data, putting a staggering 6.5 per cent population in India suffering from some sort of mental disorder, including having maximum patients for depression, schizophrenia, bipolar, and anxiety. And with only 1 mental health professional for every 1,00,000 patients, the picture can only get more grim.

While we applaud from the sidelines when celebrities like Deepika Padukone, confess to having battled depression at some stage of their life, in a bid to reduce the social stigma attached to mental health, it does not come easy for someone who is already battling his demons, to share his state with someone.

“India is obsessed with what log kya kahenge, and over decades people have been bottling their emotions to succumb to social pressures and norms. Also, there continues to be huge stigma over mental health. People continue to look at it as something they need to feel ashamed of,” says film director Adeeb Rais, who has recently released a short movie Baatein.

Set in Palghar, Maharashtra, Baatein follows a young documentary filmmaker, Jeet (played by Rais himself) as he sets off to visit, Suhasi Deshpande, a widowed science professor. At his arrival, he is introduced to her niece, Tulika. As Jeet and Tulika get acquainted with each other, they are joined by Deshpande, who is struggling to cope with life, as she grieves over the loss of her young son, Milind.

As the unlikely trio continue to spend the day together, a friendship is formed. They begin to share a few personal stories and express some of their deepest fears, feelings and thoughts with each other. A few unexpected and uncomfortable conversations take place that happen to change their outlook towards life, forever.

Uncomfortable conversations because the movie depicts how bottling up one’s emotions, and the fear of whether someone will be empathetic enough to understand, coerces one to commit suicide. The movie also touches upon ragging in educational institutions, besides the social stigma attached with mental health issues.

“There is a lot of pressure of being judged. Often Indian households are too strict and conservative and our children are constantly compared with other, which is why children, and for that matter, adults even are scared to confront their demons or talk their heart out with someone, eventually leading to the extreme step sometimes,” says Rais.

While a lot of content has already been filmed and documented, Rais still feels that mental health is an issue that needs to be addressed through creative mediums as much as possible. “That is why Baatein. It’s not novel, but the topic is of utmost relevance. The cases are increasing and India continues to be one of the front runners in depression, unfortunately. I don’t think we can have enough of content addressing the issue,” the director shares who has always made movies that take a leaf out of the life of a common man.

“I love slice of slice as a genre. We often tell stories about the fantasies and larger than life situations, but I believe we should celebrate the everyday life and regular emotions are as beautiful if we pause and dig deeper,” Rais says. “As a story teller it’s a hard to strike a balance between being real and creating a cinematic flavour that comes with the genre but I enjoy the challenge. When people say they connect to a story or film, and they see themselves in the characters, it’s a wonderful feeling. You always want your audience to stop being an audience and become a part of the story. That is so satisfying,” he adds.

Before venturing with Baatein, Rais spent considerable time doing research for the topic, given the sensitivity involved, speaking to parents who have lost their kids to depression. “I spoke to real life parents who lost their kids, watched documentaries and read blogs. It was a very personal film as everything you see on screen has come from real life experiences of people. It’s not one particular real life incident but a mix of many,” Rais says.

“Many parents have lost their kids to depression and many kids have been prey to bullying. Also many kids resort to bullying as a medium of expressing their pent up aggression. It’s sad , but this is our reality. The resolution for both sides of the coin lies in addressing that children need to be dealt with carefully and parents need to pay attention to the emotional needs of their kids,” he advises.

Rais also cautions that educational institutions cannot ignore children’s mental health, laying emphasis on the need of counsellors in schools and colleges. “They definitely help children feel lighter and bring awareness on what a child could be going through.

Awareness is the first step towards cure. It’s absolutely imperative children are provided with counselling in schools. It’s time we don’t take the mental health of our children for granted,” says the young director.

Talking about his film, Suhasi’s character of a mother who appears to be empathetic towards the mother of the perpetrator who drove her son to suicide and is languishing in jail, Rais clears the air that her reaction is far removed from reality of a parent who has gone through similar grief in real life.

“There’s nothing super human about Mrs Deshpande. She is sensitive, kind and full of empathy, and we need to see more characters on screen like her, don’t we? I personally came a across a lot of cases of different sort while researching and surprisingly, many people are stronger and larger hearted than we expect.  People should not be put into boxes. Different people react differently and that’s what makes people special,” he says.

In his upcoming projects, Rai is excited for an anthology of short films lined up with an OTT platform starring Vinay Pathak, Soni Razdan, Sayani Gupta, Sharib Hashmi and a Jody other well known names. “I am also making a foray into the youth crime space with a web series starring new comers. I will also be coming up with a short film again by end of the year,” he states.