The Other Ishrat Jahans
In the killing fields of Gujarat, Ishrat Jahan’s death in a ‘fake’ encounter was no aberration. Before her there was Sameer Khan, and in 2005, Sohrabuddin Sheikh and his wife Kausar Bi were similiarly shot at point-blank range
Sohrabuddin Sheikh
• On November 23, 2005, Gujarat Anti- Terrorism Squad SP Rajkumar Pandian and his men intercept a bus headed towards Sangli, Maharashtra, in which Sohrabuddin, his wife Kausar Bi and friend Tulsiram Prajapati are travelling.
• A day before, on November 22, constable Parmar, Pandian’s personal assistant, has been instructed by Inspector Dhabi to get two fake number plates made. They are later fitted on the same Qualis that intercepted the bus.
• Sohrabuddin, Kausar and Prajapati are picked up and brought to Ahmedabad. They are kept in a farmhouse.
• At 4am on November 26, Parmar is asked to bring a motorcycle to the spot where DIG DG Vanzara, Pandian and Udaipur SP Dinesh MN are waiting.
• A little later, a car carrying Deputy SP ML Parmar, Inspector Chaube and Sohrabuddin pulls up. Sohrabuddin is pulled out and shot at point blank range by the cops.
• Kausar is shifted to another farm on the outskirts of Ahmedabad a few hours after the encounter. She is “disposed” of a few days later; her body burnt near village Illol in Sabarkantha district.
• After Sohrabuddin’s encounter, the police, for the fear of an exposé, claim they arrested Prajapati in Udaipur. A few days later they killed him in a fake encounter alleging he had tried escaping from police custody.
Sameer Khan
• Sameer Khan, a small-time criminal, is arrested on September 27, 2002 for murdering a constable in 1996.
• Khan is kept in unlawful custody for four days till the police show him as arrested, under a new FIR, on September 30. They allege he is a Jaish-e- Mohammed terrorist involved in a conspiracy to kill Narendra Modi, Praveen Togadia and LK Advani.
• The police, as mandated legally, take no independent witnesses. He is escorted by 22 policemen.
• Police claim that on reaching the spot Khan snatched a police revolver and shot at an inspector. Khan was killed in retaliatory firing by the police.
• According to the inquiry, Khan was shot while he was lying down, and hence not fleeing.
• IG, Human Rights, Tirth Raj, who conducted an inquiry into Khan’s killing later revealed on the TEHELKA spycam: “Everybody was involved in the cover-up — from the DGP’s office to the Chief Minister’s Office”.
• IK Yadav, the inquiry officer, had in his report expressly stated that Sameer Khan’s shirt had traces of gunpowder — possible only when shot at close range. Vanzara had threatened to kill Yadav. 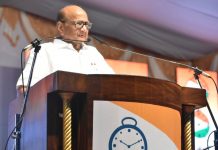