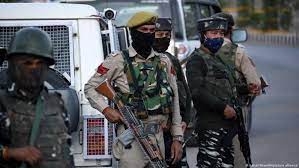 We often hear time is a great healer. Indeed life moves on but how well it moves on depends on many factors. Taliban coming back in saddle in Afghanistan on August 15 is one such development that has a major significance for Kashmir. Questions are being asked how Kashmir is likely to be impacted by dramatic siege of war-torn Afghanistan by a resurgent Taliban ahead of the complete withdrawal of US forces.  As animated debate ensues in Kashmir in the backdrop of Taliban working in close tandem with Pakistan backed militant outfits as to how to avoid the spillover of violence this side and how to tame the rampaging Taliban with a coherent strategy.

While precious media space was bagged by a melodrama in Punjab and musical chairs played by Congress leaders, Srinagar based Special Correspondent, Riyaz Wani churned out this fortnight’s Tehelka Cover Story “Fallout Fears” summing up the mood in the valley at a time when there are apprehensions that Taliban may turn its gaze on Kashmir.  While policy makers and the security experts do not rule out Islamist groups gaining added support in Valley, there is an equally strong argument that much has changed since the mid-nineties when it was governing Kabul.

Locals are feeling fatigued for living endlessly under the shadow of a gun.  For example, according to the official data, the number of stone-pelting incidents came down to 255 in 2020 from 1999 in 2019.   Also the Taliban has clarified that Kashmir was beyond its jurisdiction and it wants economic and political ties with India. Can we buy the argument that Taliban rule in Afghanistan has no direct connection to Jihad in Kashmir in the light of Hizbul Mujahideen supremo Syed Salahuddin calling the developments “extraordinary and historical”  and that he expected the Taliban to aid Kashmir’s rebels in a voice message shared across social media.  Who can forget Pakistan infiltration of terrorists from across the border through radical organizations like like Lashkar-e-Taiba (LeT) and Jaish-e-Mohammad (JeM) who used the tactics of fidayeen attacks to keep Kashmir simmering.

Many terror outfits from Pakistan had been fighting alongside the Taliban and their infiltration into Kashmir could trigger violence.  On the positive side,  of course over the years, surveillance along the LoC has been beefed up post abrogation of article 370 and 35 A under the direct control of the Central Government while Pakistan has been shamed internationally. In such a scenario,  Pakistan will find it difficult to replicate its devious tactics but this neighbor can never be trusted as the ISI has in the recent past used drones to drop weapons along the Indian side. The rejuvenated Taliban can reignite violent sentiments in a section of the Kashmiri youth with deviant behaviour.  For policy makers, there is a need to kick start inter locution with the youth of the Valley to nail forces that could abuse the turn of events in Afghanistan to disturb peace. 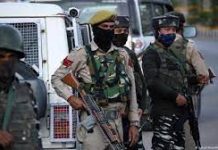