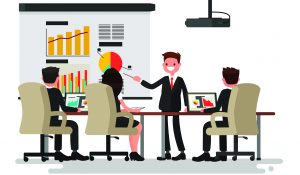 As of now, India has slipped on the growth trajectory as per reports of various world bodies, however, surprisingly, the country has improved it’s ranking in world on the parameter of ease of doing business. Tehelka tries to find out what are the factors that made this happen.

Has the new tax regime, the Goods and Services tax (GST) proved a key component in improving ease of doing business? Has the GST become a critical component to achieve this by providing a common market to increase competitiveness by bringing down logistic and transactions costs?

Experts opine that the GST compliance and plans to introduce a new GST return filing mechanism from April 2020 have improved the sentiment. According to sources, the new return filing system beginning April 2020 will include simplified return forms for ease of filing across all categories of taxpayers registered under GST. For e invoicing, the government plans to electronically authenticate and issue identification to each invoice for ease of use at other portals for filing returns and generating e-way bills.

Comparative figures show that India was ranked at 142nd slot among 190 countries of the world in 2014 in ease of doing business. The GST was launched at midnight on July 1, 2017. In just one year, India climbed to 77th position in 2018 and climbed another ladder to reach at 63rd position by October 2019 as per the World Bank report on Doing Business 2020. India now aims to enter the list of top 50 countries in world rankings. The GST and GST compliance has done the trick, the data shows.

Department for Promotion of Industry and Internal Trade (DPIIT), in coordination with Central Ministries/Departments and Governments of States/Union Territories (UTs), has taken several reform measures with an aim to improve regulatory environment and facilitate doing business in India. The 10 indicators which span lifecycle of a business are given in a box.

Some of the major indicator wise reforms undertaken by the Government towards easing the business environment in the country include starting a business. The minimum capital requirement for public and private company has been eliminated under the Companies (Amendment) Act, 2015. The government has introduced a single form Simplified Proforma for Incorporating Company electronically by merging five different applications in it i.e. Name reservation, Company incorporation, Director Identification Number  (DIN), Permanent Account Number (PAN) and the Tax Deduction/Collection Account Number (TAN).

Other important factor is introduction of an e-form AGILE (Application for registration of the Goods and Services Tax Identification Number (GSTIN), Employees’ State Insurance Corporation (ESIC) registration plus Employees’ Provident Fund Organization (EPFO) registration). Any applicant, if he or she wants to register for any of these bodies, can fill in e-form AGILE and get registration at the time of company incorporation itself. This form enables a user to apply for GST, EPF and ESI registration with the SPICe form.

The launch of a new and simplified web based service that is R.U.N. (Reserve Unique Name) for reserving a name also contributed to it. This has also removed the requirement to use a Digital Signature Certificate (DSC) during name reservation. The Incorporation fee has been reduced to zero for companies with authorized capital up to 15 lakhs. The requirement to issue a physical PAN card has been eliminated. Additionally, PAN and TAN are mentioned in the

Certificate of Incorporation (CoI), which is considered as a sufficient proof for PAN and TAN. Online and common registration for EPFO and ESIC is provided on ShramSuvidha Portal. Registrations under Mumbai Shops and Establishments Act are provided in real time
without any cost and any inspection. Also the requirement of bank account details for GST registration has been done away with.

Other measures are an online single window system and unified building bye-laws. Deemed approvals have been introduced, if approvals are not granted within defined timelines. Risk based classification of buildings has been introduced for fast tracking building plan approval, inspection and grant of occupancy-cum-completion certificate. Requirement of submitting notarized certificates or affidavits for building plan approval has been replaced with e undertaking. Multiple inspections at completion stage have been replaced by single joint inspection and road cutting and restoration for water and sewer connections have been simplified. The procedures for internal wiring inspection by the Electrical Inspectorate have been eliminated and time taken by the utility to carry out external connection works has been reduced.

Secured creditors are paid first during business liquidation, and hence have priority over other claims such as labor and tax. About 17 indirect Central and State taxes have been replaced with a single indirect tax, Goods and Service Tax (GST), for the entire country. The
previous sales taxes including the central sales tax, CENVAT, state VATS and the service tax have been merged into the GST. Unification of these taxes has reduced the cascading effect of taxes and make taxes paid on inputs creditable to a higher percentage. Alongside, the corporate income tax has been reduced from 30 per cent to 25 per cent for companies with a turnover up to 250 crores. Electronic System for payment of Social Security Contributions has been introduced enabling easier return payment has been launched. Making payment of EPF has been made mandatory electronically and administrative charges on The Employees’ Provident Funds Scheme, 1952 (EPFS) have been reduced from 0.85 per cent to 0.65 per cent of the monthly pay. The Employees’ Deposit Linked Insurance (EDLI) administrative charges of 0.01 per cent have been removed.

Time and cost to export and import has been reduced through various initiatives, including the implementation of electronic sealing of containers, upgradation of port infrastructure and allowing electronic submission of supporting documents with digital signatures. As for as risk-based inspections for both imports and exports are concerned, only about 5 per cent of goods are physically inspected. Advance Bill of Entry has been adopted which allows importers to start the process of customs clearance before the arrival of the vessel. E-Sanchit, an online application system, under the Single Window Interface for Trade (SWIFT) has been implemented allowing traders to submit all supporting documents electronically with digital signatures.

To resolve insolvency related issues, Insolvency and Bankruptcy Code has been adopted that introduced a reorganization procedure for corporate debtors and facilitated continuation of the debtors’ business during insolvency proceedings. Professional institutions have been established for effective handling of restructuring and insolvency proceedings. Time-bound resolution process is done under the IBC and liquidation is the last resort. Section 42 of the Insolvency & Bankruptcy Code 2016 has been amended to provide that a creditor has the right to object to decisions of the liquidator accepting or rejecting claims against the debtor brought by the creditor itself and by any other creditor.