In the pre-Independence era, the entire Nehru clan headed by patriarch Motilal would spend its summer holidays in Mussoorie where the Savoy hotel was their favourite abode. Here is a first person account of Nehru’s last visit to Dehradun by Raj Kanwar

NEHRU first visited Mussoorie in the summer of 1906 – as a 16-year old. Thereafter he made frequent visits to Mussoorie for rest and relaxation during summers, generally accompanied by his father, mother, wife, daughter, sisters and nieces. Even though Dehra Dun then was a small blip on India’s Political map, it nonetheless used to attract leaders of national eminence. Nehru too made many Political visits. Other than such visits that Nehru made willingly and happily, there were some involuntary and not so happy visits when he was brought here as the ‘guest of the then British government in India’.

DURING the long Freedom Movement, Nehru was sent thrice to Dehra Dun Jail. It was here, during his incarceration in June 1934 that Nehru started writing his much acclaimed AUTOBIOGRAPHY. During his imprisonment, Nehru was lodged in a solitary confinement, with birds as his companions. Even though he could not see the mountains from his cell, his “mind was full of them”. “I was ever conscious of their nearness, and a secret intimacy seemed to grow between us,” Nehru wrote in his AUTOBIOGRAPHY.

Not so surprisingly then, Nehru preferred to be confined in Dehra Dun jail rather than anywhere else. He found Dehra Dun’s Spring very pleasant, and far longer in duration than in the Plains. He found that its Autumn too was very pleasant. He enjoyed Winters too but without the rains. No wonder then, Nehru’s love and liking for Dehra Dun continued right throughout his life. Ironically, the Last Four Days of his life too were spent in Dehra Dun.

In the post-1947 era, Nehru as the Prime Minister of India visited Dehra Dun and Mussoorie on many occasions. So much did he like Dehra Dun in general and the sylvan environs of its Circuit House in particular where he stayed that Nehru would come here again and again on any pretext, or even no pretext. It was easy then to invite Nehru to Dehra Dun and the local Congress leaders took every advantage of this weakness of his. Mahavir Tyagi played hosts to him on a couple of occasions. K.D. Malaviya invited him twice to visit ONGC. Incidentally, this writer too was present in one of those meetings when Nehru addressed the first 1956 batch of the young ONGC Pioneers. On another occasion, Nehru visited Tuini in the Jaunsar Bawar area of Chakrata at the behest of the then MLA, Gulab Singh. For a rookie journalist that I was then, it was a great privilege to have covered that function. Once he also took the salute at the Passing-Out Parade at the Indian Military Academy.

NEHRU made his last visit to Dehra Dun on 23rd May, 1964 to recuperate from the stroke that had afflicted him earlier that January at the Bhuvneshwar session of the All India Congress Committee. The Circuit House was his favourite abode; here, he spent his time, relaxing and resting. He loved its heavily wooded expansive lawns. He would stroll across the length and breadth of its large grounds. Here he would sit silently for hours under the shade of his favourite camphor tree, with birds as his companions, listening to their chirping. Occasionally, he would read or write or dictate, depending on the mood of the hour.

On 25th May Nehru visited his old friend Sri Prakasa, former minister and governor, at Kotalgaon, eight miles uphill on the Mussoorie Road. He took lunch with his former colleague, and returned to the Circuit House late in the afternoon.

Nehru wanted to postpone his departure

HE WAS really enjoying here so much that he did not want to return to Delhi, and talked many times of postponing his departure for Delhi by a day. Nehru had an appointment in the Capital on 27th May afternoon, and as such, he could easily leave for Delhi on 27th morning. District Magistrate Dikshit noticed his desire and gathered courage to suggest extension of his stay in Dehra Dun through May and June, quietly adding that all important files could be sent to Dehra Dun, ‘aur sab, kaam yehan se ho jayega’. ‘Haan, kaam to sab ho jayega’, Nehru replied philosophically. Was this a sort of foreboding? But eventually, the scheduled departure on 26th afternoon was adhered to, since it was felt that it would give Nehru an overnight rest in Delhi, and enable him to attend to his appointments the following day, rested and refreshed.

IN THE late afternoon on 26th May, a motley group of 30-odd people, including this writer, had gathered at the Cantonment Polo Grounds to see off Prime Minister Nehru. He was to take a helicopter ride to the Air Force base at Sarsawa in Saharanpur district, and thence to Delhi by an Air Force plane. Seeing off Nehru at the end of his visits to Dehra Dun was a routine exercise for this group. Standing at the door of the helicopter, Nehru waved at us, and we all waved back. The door was shut, and blades began swirling that raised a cloud of dust and the farewell group instantly fell back. The helicopter took off, and disappeared soon yonder beyond. 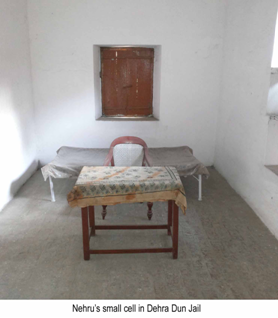 Reverting to Dehra Dun, neither anyone in the assembled Farewell Group at the Helipad nor among the large throngs that had earlier cheered Nehru and waved at him during his short drive from the Circuit House could have dreamt that the sunset that evening would be his last, and that he would not see another sunrise.

The news of his death the following afternoon in Delhi shocked us all. Nehru could not keep that appointment of 27th afternoon, but nonetheless he did keep his FINAL appointment with his Creator. I shed many quiet tears, and cursed myself for not having met Nehru oftener. I met him off and on whenever he visited Dehra Dun, and adored his charming and graceful manners and the innate courtesy that he always accorded to one and all. In his own way, Nehru seemed to like me and would often tell me “come again”.

(Raj Kanwar is a Dehra Dun-based veteran journalist and author. He has written extensively on Nehru and Indira Gandhi.) 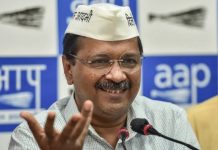