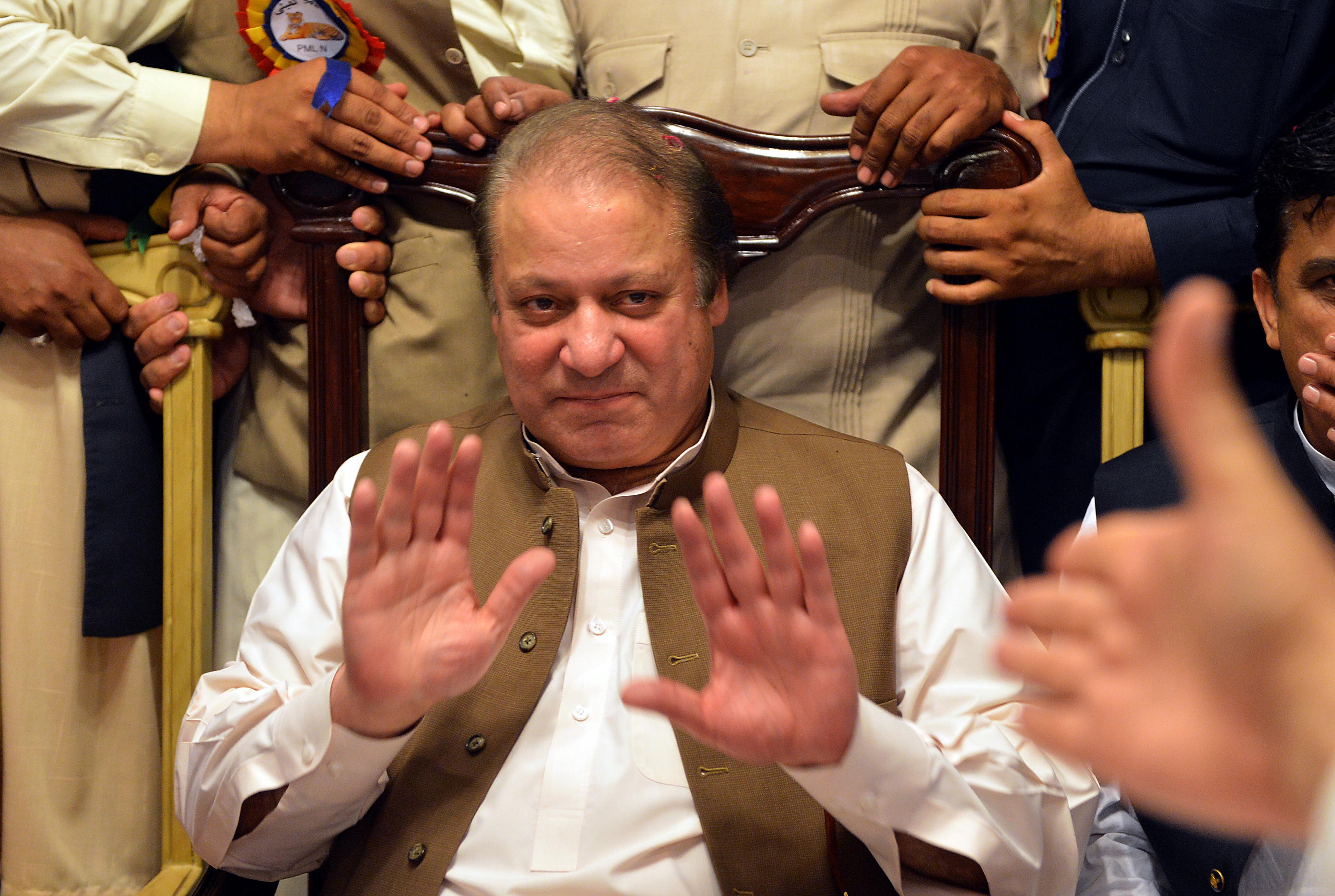 With the possibility of an imminent return of PML (Noon) leader Nawaz Sharifand Altaf Hussain, the exiled leader of MQM,  the process of the reconciliation among political rivals as well as the confrontation among the key institutions, judiciary, executive and armed forces has begun

With the possibility of an imminent return of Nawaz Sharif, the unquestioned leader of the Pakistan Muslim League (Noon), and Altaf Hussain, the exiled leader of the founder of the Muttahidda Quami Movement, a Sindh-based UP Muslim outfit in Karachi, the process of the reconciliation among political rivals as well as the confrontation among the key institutions, judiciary, executive and armed forces has begun.

The political developments are unfolding amidst the reports that how the judicial watch had prevented military take over on the fateful night of April 10 this year.

Nawaz Sharif, a three-time Prime Minister, was convicted by Supreme Court in false corruption and money laundering cases. He is London. He was allowed to travel to London for treatment. Altaf Husain, who was implicated in various terror charges, too is in London. He has also acquired the British citizenship.  He was prosecuted before the Kingston Crown Court, for encouraging terrorism in his two speeches delivered from London to Karachi via telephone on 22 August 2016, but the court rejected the charges against him. During his exile years, it is estimated that the Pakistani army has killed more than 25,000 young men in fake encounters. These young men belonged to the families emigrated from northern India, especially UP.  It may be recalled that during the forties, the emigrant families had led the movement for Pakistan like the Bengali Muslims of East Pakistan, now Bangladesh.

With Altaf Hussain finally exonerated for encouraging terrorism by the Kingston Crown Court, the decks are being cleared for his return to Pakistan. 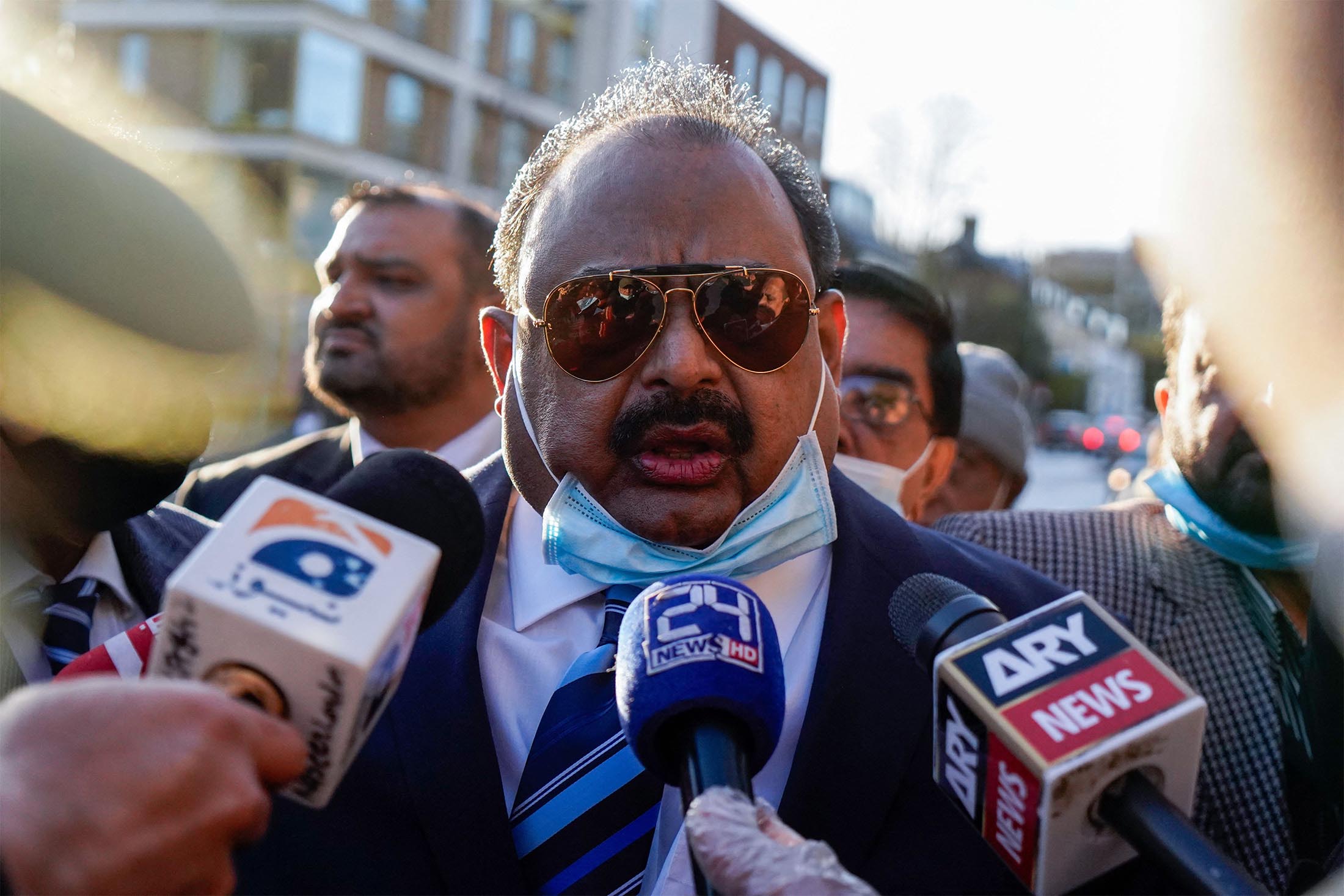 It appears that the judiciary in Pakistan is quietly asserting its role as the protector of democratic institutions in the country; thus shedding off its perceived image of its “submissive behaviour” before the army authorities. It successfully averted the imposition of martial law on the crucial night of April 10 this year. It is believed that Khan was trying to enforce martial law with the help of his supporters in the armed forces. It was indicated by the Islamabad High Court (IHC) Chief Justice, Athar Minallah, on August 31 during the contempt proceedings against Khan.

It is now in public domain that how did an alert judiciary really avert an imminent imposition of the martial law. It is also now known that Khan had connived with a section of the army generals, however, Justice Minallah, who heads a five-member bench, told Khan that being a former PM, he must behave in a dignified manner and must revise his submission regarding his intimidating comment against a judge. However, there are differences on the issue whether IHC has been ‘too polite’ towards Khan, who was not  even asked to stand in the witness box. It is being recalled that Pakistan’s Supreme Court had convicted the then Prime Minister Yousuf Raza Gilani for contempt of court for refusing to revive graft cases against President Asif Ali Zardari in 2012. Most of the political commentators in Pakistan, including the editor of the Friday Times, Nazam Sethi, are of the view that Khan should have been sent straight to jail for not apologising for his comments against the Additional District and Session judge, Zeba Chaudhary, at a public rally in Islamabad on August 20.

A section of lawyers and journalists, however, believe that by allowing Khan to resubmit his statement about his rude behaviour is an attempt to end his ‘confrontation’ with the state institutions, especially judiciary, and the defence forces. In his submission, Khan , who did not submit apology, had  claimed that he did not know that Zeba Choudhary was a judge. He also claimed that he believed she was just an executive magistrate.

It is also being stated that it was an unnecessary observation of the IHC Chief Justice, Minallah, that the IHC was deliberately opened late night on the April10 for preventing impsoition of the martial law. He, however, did not elaborate on this sensitive subject.

It appears that Imran Khan and his followers are in combative mood. Their growing alliance with Islamists has also unnerved the present coalition government led by PM Shahbaz Sharif. During the contempt of court proceeding, Khan was seen wearing a white shalwar kameez suit with a rosary in his left hand. Since, his ouster from the coveted position as the PM, he has been hobnobbing with radical Islamists. The large presence of ex-army men has also alarmed the Shahbaz government.

Imran Khan’s growing political clout is reflected in the reluctance of Shahbaz Sharif to open the trade route with India. In the flood-ravaged Pakistan, the prices of food grains and vegetables have gone up.

Justice Minallah’s observation that the IHC had remained opened till the midnight to prevent martial law has set the record of the night of April 10 straight, when Khan was getting a proposal for the imposition of the martial law endorsed by his cabinet. Before, the cabinet could do the mischief, the army chief Qamar Jawed Bajwa, accompanied by the ISI chief, Lt. General Nadeem Ahmed Anjum, arrived at Khan’s residence. It is also being claimed that enraged Bajwa had even slapped Khan.

It is believed that the IHC, perhaps, was ready to stay the cabinet decision of imposing the martial law, but the timely arrival of Bajwa and Anjum, forced the deputy speaker to rush back to the National Assembly for ensuring the voting on the no-confidence motion.  It was passed with a majority of 174 votes (out of 342) in the National Assembly, thus ending the tenure of Khan as PM.

The political situation, however, remains fragile in Pakistan due to growing schism in the military’s top leadership. The absence of Faiz Hameed, a former ISI chief and presently corps commander of Bahawalpur, during the commanders meeting in August is considered quite worrisome. The next two months are going to be crucial for Pakistan. It is being stated that much will depend upon the extension of tenure of the army chief Bajwa. Earlier, Bajwa, already on extension, had indicated that he would not seek new term, but the indications are that Shhabaz Sharif has promised him extension, when Bajwa’s present term expires in November this year.

With two provincial governments, Punjab and Khyber Pakhtunkhwa, under Khan’s political outfit, Pakistan Tahreek-i-Insaf, the anti-Bajwa lobby is reportedly getting emboldened with each passing day. It is being keenly watched whether, Khan and Islamists, finally succeed in thwarting the ongoing efforts for political reconciliation or Pakistan would return to a normal life.