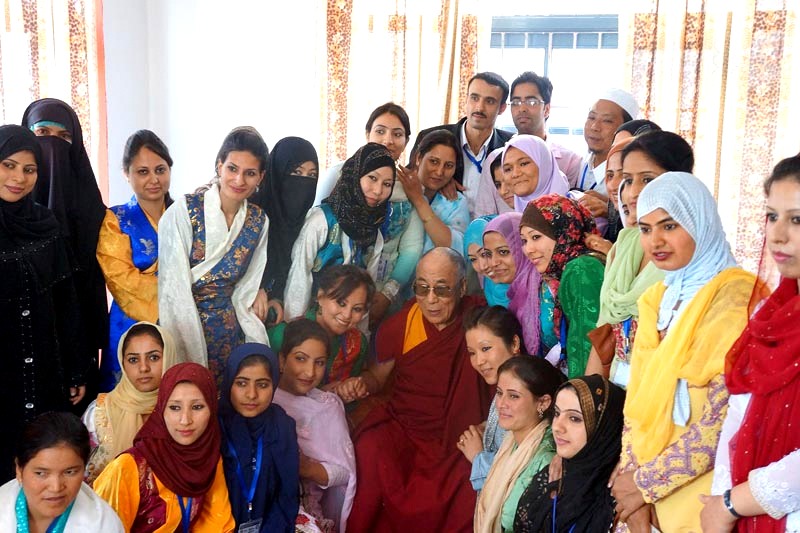 It would be an  understatement to say that there are worries and more worries as intolerance and the aftermath holds sway…Yes, I  sit apprehensive and  worried and  forlorn, wondering  what’s in store…

I’m shaken after seeing the video of an eight  year old boy sitting on the roadside, holding the  body of his 2 year baby brother, whilst  his father Poojaram Jatav goes looking for an affordable vehicle which could carry the dead child to their  home in the Ambah tehsil in Madhya Pradesh’s  Morena.

Some sad and shocking backgrounders. Foremost, the child was anaemic and unwell and so the father decided to get him to the district hospital in Morena but he was declared dead during the treatment. And when the father wanted an ambulance to get home with the body, the hospital simply refused and the father couldn’t afford to hire any of the private ambulances. It’s then he went looking for a vehicle, leaving the body with the older brother who was found sitting with the body on the roadside, for hours…To compound the tragedy for the family, the mother of these children was not around; she had left for her parent’s  home three months back and Poojaram Jatav was said to be looking after the children (four of them) singlehandedly.

What happens to the future survival of the three remaining children and also Jatav’s own well-being when the family is apparently very poor and disadvantaged? What happens to the survival of thousands of such families and children who cannot afford to get the basic food and medical care? Who is responsible for the famished-hopeless-anaemic existence of a large percentage of our fellow citizens? Who is answerable? Who is accountable? Who all of the political and administrative who’s who, who ought be questioned for the sheer plight and misery and sorrow of our people?

Today economic slowdown and very apparent signs of recession are writ large. The blatant rights violations are also right here.  We have never been so very violent and abusive in our approach…where onslaughts seems to be the order of the day.

It would be an  understatement to say that there are worries and more worries as intolerance and the aftermath holds sway…Yes, I  sit apprehensive and  worried and  forlorn, wondering  what’s in store…what’s  next…what lies ahead…how dark would the shades of gloom get, when only disappointments and disillusionment hold out.

Tebetan refugees in Valley look up to Dalai Lama

The Tibetan refugees are perhaps the smallest minority group in the Kashmir Valley. Several years back, what had taken me by complete surprise was to see this well-planned basti of Tibetan refugees living in the heart of Srinagar—close to the Makhdoom Sahib dargah. On a rainy afternoon, when I was walking around the area to take closer look at how they lived, I’d asked a couple of Tibetan boys if they could direct me to their families. What I got in return were angry looks from them. Undeterred, I continued walking in the rain and slush, down a row of houses, and stopped near a group of young Tibetan men. They stopped chatting almost immediately. Spewing aggression, they’d said, “We are not interested in talking to anyone. We are not concerned about any crisis here… Muslims we are, but we have our own schools, masjid, shops… we keep to ourselves.”

No door opened to me in this Tibetan colony. Yet, I was reluctant to give up and went to the basti again and yet again. Each time I was greeted with the same sort of rebuffs and hostile looks. Even when I suggested that I would treat them to momos and special tea at one of ‘their’ restaurants, they had responded with a firm no. Perhaps, they were wary of strangers or of the security bandobast around. On each of my visits, I had spotted armed security men standing atop the Hari Parbat hill, their guns pointing at the basti.

When I’d asked the locals what they thought of these Tibetan refugees living this way, they’d told me: They are Muslims but they are different from us. They live here but for them the Dalai Lama is their only leader. Even culturally they are very different… they are not like us Kashmiris.

That could perhaps explain why they lived huddled together in this colony, having little involvement with the local politics and politicians and people. Their main source of economic survival was embroidery, tailoring and owning eateries. I could spot many small-scale tailoring units; sitting tucked in tight spaces with embroiderers making enchanting designs on a variety of pherans and kameez and scarves.

I never got any clear answers on whether these Tibetans even travel down to Dharamshala or New Delhi to interact with other Tibetan refugees living in exile in India. They seemed to be completely engrossed and happy in their own world and relayed disgust at any sort of intrusion. 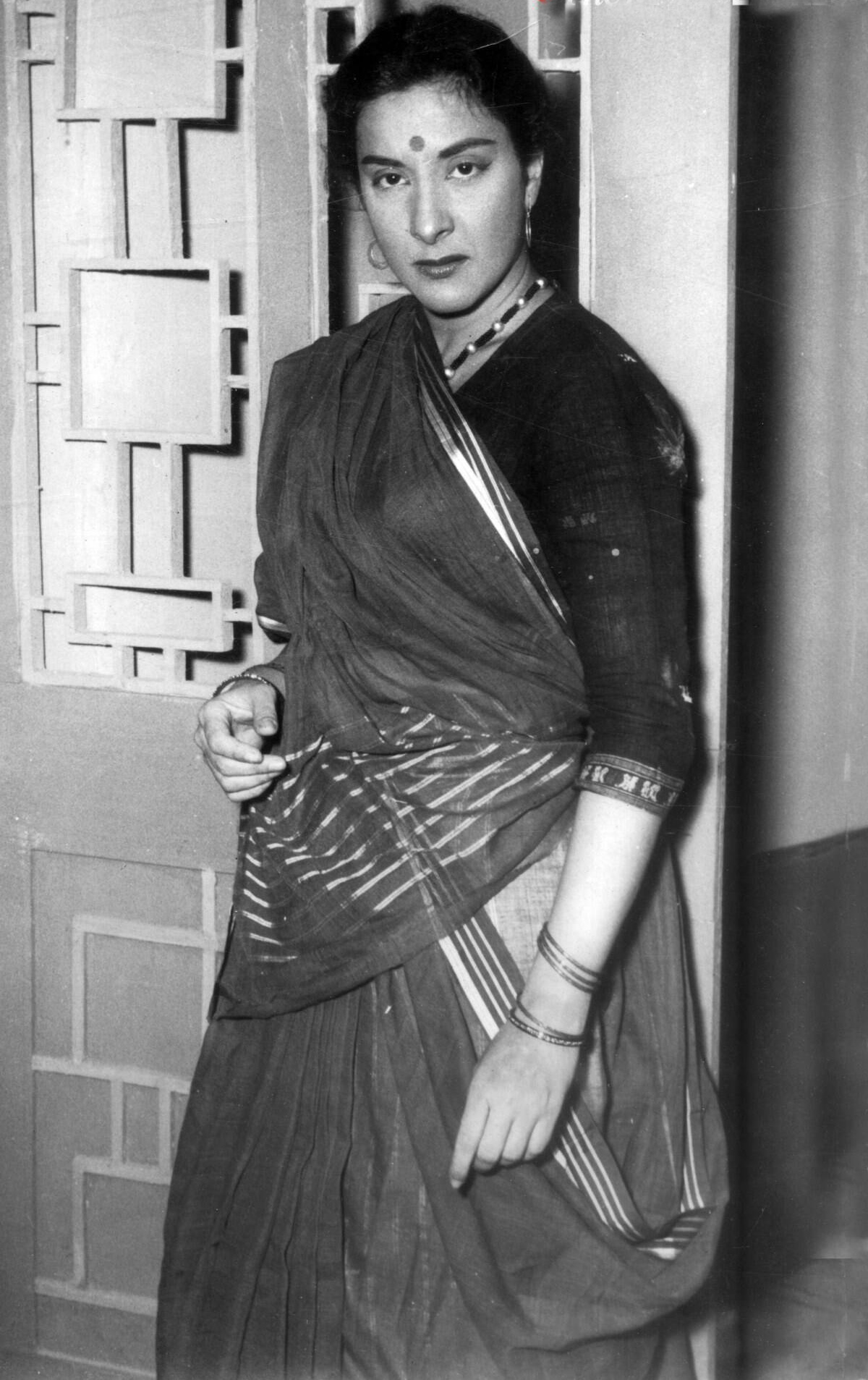 Last month, I was keen to write on Nargis Dutt (she was born on June 1, 1929  in Kolkata ) but space constraints came  in way. Never mind, now belated focus on her.

Quoting Khushwant Singh from his essay on her:

“Nargis  Dutt  was  introduced to me  through the  then editor of  Femina, Gulshan Ewing. I’d  seen her film Mother India…I think when she met me,  they  – the  Dutts – were  not  doing too well and she had almost retired  from films. She  told  me  that  two of her children  were studying  at the Sanawar  School, not  far from  my  home in Kasauli and with that she  asked  she could  stay  at  my Kasauli cottage during the Sanawar Founders’ week ..With that I’d quipped, ‘Only one condition and the condition is that I have your permission to tell  everyone that Nargis slept in my bed!’ ”

“She had a great sense of humour and laughed heartily hearing this. And years  later, when we were both  nominated to the Rajya Sabha and  given seats next to each other and  whenever anyone  tried to  introduce  us, she would  say  – ‘You  don’t have to introduce us. I have slept in his bed!’”

To quote Khushwant Singh still further, “One thing that intrigued me was her (Nargis  Dutt’s ) faith. Was she a Muslim or Hindu or both or nothing? She wore a bindi on her  forehead, married a Brahmin, gave her children Hindu names and was often seen at Swami Muktanand’s ashram at Ganeshpuri. Nevertheless she was  buried with Muslim rites in a  Muslim graveyard with her husband reciting the fateha. I can’t think of any Indian family which better exemplified the  principle of Sarva Dharma Samabhav.”

Revolt in judiciary: Can the damage be undone?