Aadhaar can do little to stop banking frauds, the Supreme Court has observed.

The apex court also grilled the Centre for asking the entire population to link their mobile phones with the unique identity card “just to catch a few terrorists”.

The apex court reportedly said that bank officials were “hand-in-glove” with fraudsters and that scams do not happen because the culprits are unknown.

The court made the observations after the Centre argued that Aadhaar would help curb ills like terrorism and banking frauds, media reports said.

It reportedly asked the Centre what will happen, if tomorrow, the authorities such as the UIDAI, by way of an administrative order, asks the citizens to part with their DNA, semen and blood samples as part of their Aadhaar demographics.

A five-judge constitution bench headed by Chief Justice Dipak Misra, hearing a clutch of petitions challenging the validity of Aadhaar and its enabling 2016 law, while prima facie disagreeing with the Centre’s submissions said Aadhaar was “not the solution” to banking frauds, reported PTI.

“There is no doubt about the identity of fraudsters. The bank knows whom it is giving loan and it is the bank officials who are hand-in-glove with the fraudsters. Aadhaar can do little to stop it,” the bench, which also comprised justices A K Sikri, AM Khanwilkar, D Y Chandrachud and Ashok Bhushan, said.

“Banking fraud does not happen because of multiple IDs”, the bench told Attorney General K K Venugopal, representing the Centre, who had submitted that biometrics were safe and could solve problems like “money laundering, bank frauds, income tax evasion and terrorism”.

“Aadhaar will not prevent an individual from operating layers of commercial transactions. It would not prevent bank frauds either,” the bench reportedly said, adding that it may only help the authorities in finding out non-existent beneficiaries of schemes like MGNREGA.

The bench was quoted as saying that a person in different capacities and through various entities could enter into multi-layered commercial transactions and take loans which are not “illegal per se”.

Venugopal then submitted that linking of Aadhaar with mobile phones would help in catching terrorists, planning to bomb a place, reported PTI.

“Do terrorists apply for SIM cards? It is a problem that you are asking the entire 120 crore people to link their mobile phones with Aadhaar just to catch a few terrorists,” the bench asked him.

It reportedly said the government may have “legitimate State interest”, but the issue was whether to catch a few, 120 crore people can be asked to link Aadhaar with mobile.

The bench, reported PTI, also said that the State suspends internet services to control the violent situations and nobody questions its authority.

But the issue arises when all citizens are asked to link their mobiles with Aadhaar. 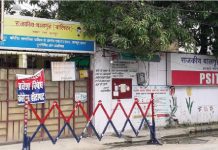