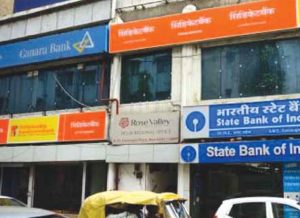 Firstly, it was born out of a belief that an innovative person cannot really generate wealth for himself on a sustainable basis unless he works out a way to make his community wealthy as well. Secondly, it was the only large bank in India to locate its headquarters in a rural area — in the 1930s Manipal was still a village. Thirdly, even before CK Prahalad arrived on the scene, its promoters knew about how wealth could be found at the bottom of the pyramid.

At a time when all banks insisted on 5 as the minimum deposit amount to open an account, Syndicate’s promoters opened accounts with just 25 paise. Unfortunately, this is a story that most management schools too do not teach. The bank itself was a brain child of Tonse Madhav Anant Pai who went to Bangalore to study medicine. He excelled in his studies, and when earning his licence to practise medicine, he went back home to the fishing village of Malpe.

He asked his parents if he could go to Japan for further studies, but was told sternly by his mother that he should stay in the same village and practice medicine for the welfare of the people he grew up with. That broke the boy’s heart. He wanted to study more. And he knew that a fishing village would provide him neither money, nor the intellectual challenge.

He was proved right. In six months’ time, he confirmed that a fishing village had only colds, fevers, diarrhoea, dysentery and indigestion as regular ailments.  He tried persuading his parents one more time to let him go overseas for further studies. Once again, he was rebuffed. His relatives would talk of how the boy would go to sleep sobbing into his pillow crying over the unfairness of life.

Till one day, he had his Eureka moment. He realized that one reason why he was not earning enough was because the people around him were also not earning enough. Could he change that? He began strategizing a social revolution that India had never seen or imagined. He knew, as a doctor, that children are brought o doctors invariably by mothers; seldom by fathers.

So he focused on the women who came to him. He began urging them not to let their children end up like their fathers who were good only for fishing and then getting drunk when they returned to home base. The cleaning of the fish, selling them, managing provisions, balancing incomes with expenses was left to women. If there was any surplus money, the man demanded it, and got drunk with that money.

So he urged the women to save. But they told him that there wasn’t enough money for saving. He would then ask them to show how much money they had. They would show him a few coins.  He would gently take a 25 paise coin from each woman and tell her to start with this.

Since he was not a bank, he kept two notebooks for each woman — one kept with him and the other with the woman. He told them that he would send his compounder over to her house every day when the husband was not around. If they could save 25 paise, the amount would be registered in both the notebooks. The scheme, backed by constant persuasions and exhortations, worked. Women started saving. In a few months, Pai realised he had more than a thousand rupees — which translates into a few lakhs using today’s valuations. The 25 paise deposit scheme came to be known as the Pygmy Deposit scheme.

It was time to go to phase 2 of the plan. He told them that their children were falling ill very frequently because they consumed only fish and rice. He urged them to give the children a glass of milk every day. That was impossible. A glass of milk was unaffordable. So Pai urged them to buy a cow for their houses.

They laughed: “We cannot afford a glass of milk, and you want us to buy a cow?”. But Pai gently told them that he could finance the cows for the women. And repayment was also painless, he explained: “Just give your child a glass of milk, and I shall purchase the rest of the milk from you and adjust the cost of the cow. You don’t have to do anything else.”

It took a while to persuade the first woman. But when she agreed, it was a game of “me too”. Within a short while, there were so many cows in the village that Pai could not purchase all their milk. He therefore formed a milk cooperative. To handle the amount of money coming in, he started a bank – Canara Industrial and Banking Syndicate Ltd — with its headquarters in Manipal. The first branch of the bank started its operations in 1925 at Udupi in Karnataka.

By 1937, it had secured its membership as a clearing house in Mumbai. He then started weavers’ cooperatives, who too were financed by the bank. Then to benefit the community he began schools, then colleges and then institutions that taught engineering and medicine. This complex later became the prestigious Manipal Educational Complex.

To grow the bank, Pai used to look around for good businessmen, who had the urge to grow and both the ability and willingness to repay the amounts borrowed. In one of his travels, he met a trader, whom he helped get a yarn licence from the government. That businessman was Dhirubhai Ambani, And that is how a member of the Pai family remained on the board of Reliance Industries as long as he was alive. Syndicate Bank used to be the lead agent for all loans syndicated by Reliance even through they did not have the largest share. Ananth is also the name of Dhirubai’s grandson – the name was apparently given by Dhirubhai as he held Ananth Pai in great regard.

Little doubt that few people know the inspiring story and the only information in public domain is that Syndicate Bank was established in 1925 in Udupi, in coastal Karnataka as Canara Industrial and Banking Syndicate Limited, with a capital of 8000 by three visionaries — Sri Upendra Ananth Pai, a businessman, Sri Vaman Kudva, an engineer and Dr.T M A Pai, a physician — who shared a strong commitment to social welfare. Their objective was primarily to extend financial assistance to the local weavers who were crippled by a crisis in the handloom industry through mobilising small savings from the community.

The bank collected as low as 2 annas daily at the doorsteps of the depositors through its agents under its Pigmy Deposit Scheme started in 1928. Thanks to this, Syndicate Bank was known as “Small man’s big bank”. The bank was renamed as the Syndicate Bank Limited in 1954; also, the head office moved to Manipal. In 1969, the bank was nationalized along with 13 other banks. 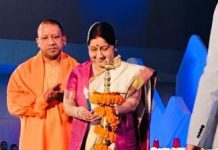 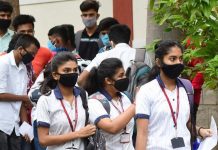