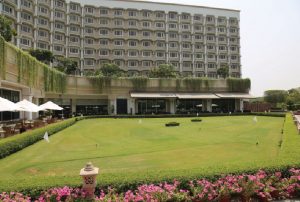 Sustainability is the key to future  this motherhood statement is heard at intermittent intervals from all possible quarters, jolting into the harsh reality of environment crumbling under the weight of human indifference and mindless wastage. Who has forgotten the horrific images of the Amazon burning to the ground or the recent heartbreaking visuals of Australian bushfires. Every few years, Indian beaches also throw up tonnes of garbage at the seashore almost like a karmic act.

As climate change and plastic catastrophe become a frightening reality, a new term is being tossed around in theory and practical alike  sustainable luxury. And with the pandemic induced lockdown breathing new life into nature, letting it breathe again, it is imperative to be mindful towards the environment once it is business as usual for luxury hotels. The hospitality industry, in a delayed wakeup call, is finally embracing the emergent need of conservation. Synonymous with opulence and grandeur, that is often construed as callous misuse of resources, luxury hotels are now ticking the boxes spelling eco-friendly, advertising their values as environment friendly. These ethos are resonating with the new age traveler, who is seen as a major contributing factor in this shift. Sensitively aware of a planet crumbling under waste and civic indifference, the ‘woke’ consumer is choosing luxury that does not come with a hefty price on the environment.

With a whopping 17,00,000 plastic bottles used on its premises annually, JW Marriot New Delhi Aerocity knew it had a tough adversary to combat. Initiating its path to sustainability, the five-star hotel became ‘plastic-free’ starting this month. JWM has also started its flag-ship Water Treatment and Purification Plant that is programmed on Artificial-Intelligence. The idea is to replace all single use plastic water bottles from the hotel with re-usable glass water bottles, filled with treated water that is optimally alkaline and mineralised.

“There are no two ways that the hospitality industry is the flag bearer of wastage, and a lot of it can be attributed to their fussing over their customers. As a frequent traveller, I used to get outrages with plastic water bottles and single use toiletries. I try to minimise the burden I can put on hotel resources by adding to the waste,” says Sammy Bhatia, COO, Medius Health. She shares that she carries her own toiletries and water bottle and doesn’t get her bed linen and towels changed every day.

At Westin Gurgaon, which has adapted ‘forward-thinking’ luxury, water is served in glass bottles, and they have done away with plastic straws. Their ‘Soap for Hope’ programme recycles used soap bars into usable new soaps, which are then distributed to orphanages and old age homes. Through its Sewage Treatment Plant(STP), the property reuses recycled water for flushing, gardening and cleaning floors, apart from using LED lights across the premises to conserve energy.

While sharing the vision of going plastic free, Halim Ahamad Siddiqui, Director of Engineering for The Westin Gurgaon, New Delhi, says, “From design to guest experience, sustainability is embedded into our business strategy. For instance, all our food and beverage outlets serve water out of glass bottles and the mineral water that is purchased also has glass packaging. The hotel is also taking measures to make the mini bar plastic free and is working on a model to bring in sustainable packaging.”

Roseate Hotels and Resorts have banned use of plastic cutlery, replacing it with eco-friendly alternatives. Another step is doing away with plastic packaging for food by bringing in paper boxes. Roseate house has in house Effluent sewage treatment plant. It is one technology attained by Roseate house where the sewage water experiences diverse procedure to be eco-accommodating.

While the hotels are trying to better their record and reputation, the initiative can be a veritable success only if the patrons also see the bigger picture instead of complaining about small inconveniences. “Unless we also cooperate with the hotels in their endeavours, they would continue to bleed the ecology. How much effort does it take to switch off the fans after use or not use straws? This mentality that we are kings at hotels has to go if we want their efforts to bear fruits,” Pramod Das, Delhi- based consultant feels.

“The need of the hour is concrete action for a sustainable future. While we have taken the first step, we need the support of our partners and fraternity to ensure we make a meaningful difference for generations to follow.” says Nitesh Gandhi, General Manager, JW Marriott.

Another conscious decision that scores big on the check list of sustainable luxury is water conservation, and for this the hotels are increasingly using tap aerators. Commonly called flow regulators, Taj Palace, New Delhi, and Taj City Centre, Gurugram, have installed these in their lobby washrooms. According to the group, installation of these tap aerators has helped reduce water flow from taps by 80 to 85 per cent.

“Water aerators or special faucets in the washroom are things that would escape the eye of anyone. The changes do look small but they have the ability to make a big impact, and this is what I look for now before booking my hotels,” Shaurya Pruthi, documentary filmmaker says. Living out of his suitcase for 20 days in a month means he regularly sees how the ‘five-star experience’ is impacting the environment. “I do a lot of research now about eco-friendly ethics of a property before making my booking. A place that discourages changing bed linen or towels after every use would score high on my list compared to one that is obsessive about giving the best at the cost of harming the environment,” he further says.

The waste water management system at the Taj Palace creates 80 KL treated water per day, which is used for horticulture, gardening and landscaping activities, washing cars, floors and for hotel’s cooling towers. Taj City Centre has recently installed Bio Scale Remover that treats cooling tower without using chemicals, saving both water and electricity by around 50 per cent. “The hotel is working tirelessly towards achieving a reduction of the energy consumption, carbon dioxide emissions and water consumption per guest night. We would also use locally sourced sustainable products and services gradually as that is what the time demands,” says Sumit Sharma, Director of Engineering, Taj City Centre.

While the hotels are gushing being empathetic towards Mother Nature by intertwining luxury and ecologically conscious moves, environmentalists view this with a passive disdain, refusing to join the euphoria. They see it is a small step, a mere eye wash in the vast ocean of excesses by hotel giants. “These are appreciative measures but very miniscule. The hotels are notorious for colossal wastage and misuse of resources,” says Diwan Singh, convener, Natural Heritage First. “These places leave huge footprints extending far off, by sheer nature of their opulence. They need to work upon these footprints if they really want to make a difference. Do they know the footprints they leave with the Italian marble that they decorate the lobby with or the luxury car their guests travel in? Their environmentalism has to move beyond plastic bottles and straws,” he says.

Meanwhile, Andaz Delhi has reduced the size of water bottle served at their studios and ballroom during the events, from 250ml to 200ml. “The bottles that are used in our events are bio-degradable. We even reuse the glass bottle by cutting it into half and using it as water glasses. To avoid wastage of paper for the tags in events, we use black boards as it looks interesting and is appreciated by many guests,” shares Rakesh Kumar, Director of Engineering, Andaz. Its restaurant AnnaMaya hosts a pop-up every Sunday where guests are encouraged to make something out of waste.

Chhavi Methi, Delhi-based environment activist, however, feels that the word sustainable does not exist for luxury properties, and she blames patrons also for this. “No matter how hard they try to be conservationist, irrespective of the scale, they will fail because their consumers want all amenities at the hotel. So they have to provide things like toothbrush and toiletries, all packed in the same plastic they are trying to reduce. All of these are thrown away after single use. Hence, they end up creating more unnecessary waste,” she counters.

Similar questions are being asked frequently by the end consumer who is introspecting his/her own habits and also being critical of a lot of practices that have become part of the hotel culture. “Food wastage is a big red flag across all hotels, especially when buffets are served. The nonchalance towards this colossal amount of wastage is criminal. The hotels should take concrete steps to address this too. It is also part of the environment,” says Sudipta Banerjee who works with a publishing house. “It looks very royal to wipe off hands with a cloth napkin and then throw it in the basket. Now I ask myself if I would do the same after using the washroom at home? Sustainable luxury can sustain only till the time guests also understand that they need to curtail their wants and tantrums too,” Ekank Mehta, data analyst and traveller. 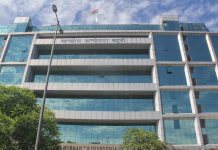 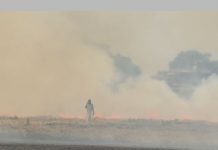