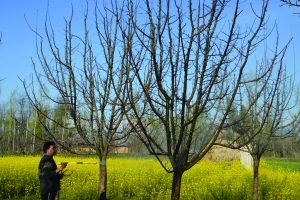 Himachal Pradesh is famous for its sumptuous and delicious fruits all over the country and abroad and fruit production is one of the major occupations of the people of the state as fruit crop is the main source of livelihood for the farmers.

At present, 2.30-lakh hectare area is under horticulture. Fruit production has been increased to 10.38 lakh MT in 2019. Horticulture’s contribution in State’s annual income is approximately 3000 to 5000 crore and about 9 lakh people are involved in horticulture activities for their livelihood. More than 30.37 lakh fruit plants have been distributed among farmers of the State and approximately 8446.93 hectare additional area was brought under horticulture in the state during the present government. Horticulture has been major contributor to the economy of the State and due to diverse climatic condition and topography, Himachal Pradesh is capable of cultivating wide varieties of fruits and vegetables. More than 35 species of different fruits could be successfully grown in the State.

An area of 83,677 sq. m. has been covered under green house and 9,44,215 sq. m. area has been covered under Anti-Hail Nets under Mission for Integrated Development of Horticulture (MIDH) in the State. To promote the mechanization of horticulture activities, subsidy has been provided for 3,049 power operated equipment and construction of 198 water collection tanks for the benefits of farmers in the state during the present government.

To combat incidence of pests/diseases in fruit crops, 349.90 MT pesticides involving 5.21 crore subsidy have been supplied to the farmers of State. To ensure remunerative prices of produce to growers, 371 Procurement centers were opened for apple, mango and citrus fruits and 27,348.91 MT fruit worth 2064.74 lakh has been bought from farmers under Market Intervention Scheme and 1,33,333 plastic crates were also procured to distribute among the farmers for categorization and marketing of fruits during the present government.

Under Rashtriya Krishi Vikas Yojna (RKVY), 3.50 crore has been approved for the various developmental activities in horticulture sector during the present government. To promote the mechanization of horticulture activities, 196 machines operated Knapsack Sprayers and 1500 manually operated horticulture machines have been provided to the farmers under this programme.

Total 1,61,524 farmers have been covered under the Restructured-Weather Based Crop Insurance Scheme (RWBCIS) implemented during the year 2017-18. This scheme is being implemented in 110 Blocks for Apple, Mango, Citrus, Plum and Peach. As many as 70,104 horticulturists of affected areas were provided insurance amount of 49.94 crore out of which 18.89 crore were given by the State government.

The natural calamities are causing huge losses to the fruit crops in the State every year. There were losses due to heavy snowfall, hail and heavy rains during this period. State Government has released a sum of 2.7 crore under State Disaster Response Fund (SDRF)/Calamity Relief Fund (CRF) to the Horticulture Department.

State Government is providing free advisory services to the fruit growers of the State to inform them about the nutritional status of their orchards. Under this service, 20,000 leaf samples are analyzed every year. In order to increase productivity, profitability and market access of selected horticulture commodities in Himachal Pradesh, World Bank aided Himachal Pradesh Horticulture Development Project of 1134 Crore is being implemented in the State since 2016-17. During the year 2018-19, about 3,76,500 lakh fruit plants of Apple, Pear and Walnut worth 25 lakh were imported and 16,312 plants of Mango, Litchi, Guava and Citrus worth 9 lakh have been procured from other States to distribute amongst farmer.

As many as 90,734 horticulturists were given training through personal contact, training camps, seminars and training tours. Under the project, 58 officers have been trained outside the State to upgrade their knowledge in the field of horticulture. Beside this, international experts from the New Zealand also imparted training to 320 horticulture officers and 501 farmers in the State during the present government.

State Government has launched m-kisan programme for the benefit of the farming community of the State and so far 7,68,774 farmers have been registered under this scheme during the present government to solve their farming problems being encountered for production of healthy fruit crop.

Beside this, Asian Development Bank aided 1688 Crore project for development of Subtropical Fruits has been proposed for implementation in the State. These efforts certainly will go a long way in boosting the horticulture activities throughout the State and also help in doubling the income of the farmers in the State.

Horticulture Minister Mahender Singh Thakur said that the State Government would prepare a work plan for ensuring development of horticulture in different parts of the State. The specialists will go to the field and prepare specific plans for different regions, keeping in view agro climatic conditions of the area. It will also be ensured that optimum survival of plants was achieved in the areas planned by the horticulture officers. He said that to achieve this goal the Horticulture department would develop nurseries as per demand of the farmers and according to the climatic conditions of the region.

He said that the World Bank aided Himachal Pradesh Horticulture Development Project of 1134 crores is being implemented in the state. Fruit plants of apple, pear and walnut will be distributed among farmer clusters whereas 14,406 plants of mango, litchi, guava and citrus fruits have been sold amongst 28 subtropical clusters in the state under this project.

The State Government has also effectively implemented Integrated Horticulture Mission in the State for integrated development of horticulture. Under the Mission, various activities such as plant nurseries, construction of water sources and increase in horticulture area, protective farming under green house, organic farming, post harvest management and food processing activities would be executed effectively. The State Government is also laying special emphasis on providing appropriate price of their produce to the horticulturists. Apple, Mango and citrus fruits were being procured under the Market Intervention Scheme (MIS) in the State. Stress was also being laid on establishing fruit base processing units such as wine and cider to ensure remunerative prices to the farmers.

The State Government is also working to upgrade and establish new cold storage stores and packing houses in the state. The Government has also decided to increase procurement prices of citrus fruits in the State under market invention scheme (MIS). Food processing industries will also be promoted in the State so that optimum utilization could be ensured of the horticulture crop. As many as 54 procurement centres would be opened in different parts of the State, which would remain functional from 21st November, 2019 to 15th February, 2020.

Keeping in view immense scope of floriculture in the state, the State Government has launched new schemes like Pushp Kranti Yojna, Mukhya Mantri Madhu Vikas Yojana, Mukhya Mantri Green House Renovation Scheme and installation of anti-hail nets to give boost up horticulture sector and facilitate the farming community. Beside this, Asian Development Bank aided projects of amounting to 1688 crores and 423 crores have also been approved for the state for development of subtropical fruits and mushroom in the state respectively. The State government has also launched m-kisan programme to facilitate the farming community and farmers have been registered under this scheme to help them in solving their day-to-day farming problems. 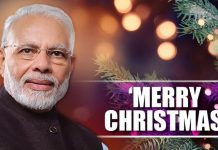 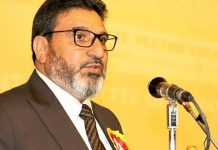 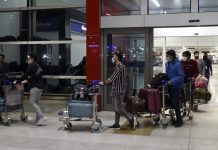