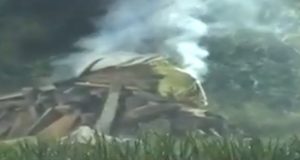 This fortnight’s cover story in Tehelka is about a horrifying crime that was committed in Hathras district in Uttar Pradesh where a 19-year old Dalit woman was allegedly gang raped by a group of upper caste men. The case has triggered a nationwide outcry. The probe has now been entrusted to the CBI after questions were raised over its mishandling particularly hasty cremation of the woman at night. It was undoubtedly a ghastly murder though it may or may not have been a rape. The woman was allegedly assaulted by four men of her village on September 14 and she died two week later. The UP Police claimed that there was no rape
citing a forensic report which was on the basis of samples taken after 11 days of the attack. The police role came under criticism after a Special Investigation Team (SIT) proposed a narco-polygraph test on the deceased Dalit woman’s kin to ascertain the truthfulness of their statements. The aggrieved brother of the victim rightly asserted that such a test should be conducted on the accused and the policemen who were trying to ‘twist the narrative’. Jumping to the conclusion that there was no rape on the basis of the forensic report based on samples received over 10 days after the victim was hospitalized does not add to the glory of an investigation. Nor is the version plausible that it was a conspiracy to disturb communal harmony.

The police had lodged an FIR against unknown persons, invoking the sedition charge for an attempt to create caste-based conflict in the state and to tarnish the image of the State. Subsequently, the registration of multiple cases on charges of conspiracy and sedition appeared to be vain attempts to change the narrative. The government blamed that members of a communal organization had indulged in a conspiracy to overthrow the government through protests. Remarks by senior police officers to the effect that there was no evidence of rape — citing the absence of semen in swabs taken for forensic analysis — indicated an official reluctance to acknowledge the gang-rape part of the offence. Latest reports suggest that a journalist on his way to Hathras and three others have been detained. The conspiracy theory falls flat when we have a look at the latest report of the National Crime Records Bureau which confirms that UP reported the most number of cases of crimes against women in 2019. Now the backlash against the state government has led to the CBI probe. For the government to restore its image, it should display compassion for the victim and the family. There was a need to provide a healing touch to the family of the victim and not to be seen as shielding the offenders.

There are clear signs that the Yogi Adityanath Government has recognized that the formation of SIT has not helped restore the image of the State Government and as such the Chief Minister has recommended the CBI investigation. It is not that the UP government lacks faith in its own police, but it doesn’t want ‘vested interests to create a false narrative with oblique motives’ to ‘spread caste conflict and instigate violence.’