The government has ordered a five-fold increase in production of Rs 500 notes to total Rs 2,500 crore per day after many states, including poll-bound Karnataka, reported an acute currency crunch with several ATMs running empty.

Suspected hoarding of Rs 2,000 notes was cited as a reason by the government for the current situation. On the other hand, the RBI said logistics and recalibration issues were limiting replenishments of ATMs, media reports said.

The currency problem originated in the southern states and may have been fuelled by rumours that money in banks is not safe due to a certain provision in the proposed Financial Resolution and Deposit Insurance (FRDI) Bill, 2017, officials reportedly said.

Cities and towns across Andhra Pradesh, Telangana, Karnataka, Madhya Pradesh, Gujarat, Maharashtra, Bihar, Rajasthan and Uttar Pradesh were among those impacted by the cash crunch.

Some ATMs downed shutters with No cash and Out of service messages, prompting the government to move currency from surplus regions. Some ATMs in national capital too went out of cash.

Minister of State for Finance Shiv Pratap Shukla said the government has formed a committee to address the problem of currency shortage in certain states and the issue would be resolved in next 2-3 days.

The government, meanwhile, said banknotes worth Rs 70,000-75,000 crore would be printed in a month while the RBI has ramped up printing at its notes presses, the reports said.

Economic Affairs Secretary S C Garg reportedly said the printing of Rs 2,000 notes have been halted for the past few days as there is an “over supply”, adding that currencies of lower denominations are also in over supply.

There is around Rs 7 lakh crore worth of Rs 2,000 notes in circulation. A statement from the Finance Ministry confirmed reports of cash shortages and some ATMs running dry or becoming non-functional in some parts of the country, the report said.

“There has been unusual spurt in currency demand in the country in last three months,” it said.

While currency supply increased by Rs 45,000 crore in the first 13 days of April, “unusual spurt in demand” was seen more in some parts of Andhra Pradesh, Telangana, Karnataka, Madhya Pradesh and Bihar, the statement said.

Seeking to assure the public, Finance Minister Arun Jaitley was quoted as saying that he has reviewed the situation and the government would fix the problem quickly.

Government officials attributed the cash crunch to crop procurement and hoarding of high denomination currency ahead of elections in Karnataka, reported PTI.

A Finance Ministry official said that 76 per cent of the 2.2 lakh ATMs across the country were functioning normally on April 16.

In its statement, the RBI said there was no shortage of currency in the system though it has decided to ramp printing at all its four currency prices.

Shortage “may be felt” in some pockets largely due to logistical issues of replenishing ATMs frequently and the recalibration of ATMs being still underway, it added.

RBI report points out that the currency in circulation in the country has reached the pre-demonetisation level of about Rs 17 lakh crore. The government said there has been adequate supply of currency notes to meet entire demand. 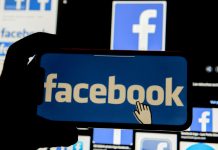 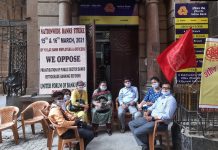 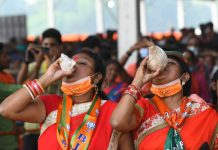