Hisar : Maharaja Agarsen Airport at Hisar in Haryana state will be the first solar energy based aviation hub in the world, while talking to media persons Deputy Chief Minister Dushyant Chautala said that on completion of this project will have provision for maintenance and repairs of all types of aeroplanes which are being sent to Dubai and Singapore for these services  at present and on completion of this project these services will be available locally at Hisar aviation hub.

Chautala said, an integrated cargo hub in alliance with big industrial house will also be set up in 100 to 200 acres area for which discussion is going on with several parties willing to join hands with Haryana state government in this aviation hub. He said, discussion is also going on for shifting a bottling plant with Bharat Petroleum Co. He said, one of a reputed manufacturing company has also expressed desire to set up maintenance, repair and operation unit in 25 acre area in this aviation hub at their own expenses.

Chautala said, the construction of three hangers inside the airport has already been completed. He said, every care is being taken that repair facilities of all types of aeroplanes should be available in this complex. Chautala said, an international level 10000 feet runway is likely to be completed by May- June 2022. He said Cargo from Delhi will pass through Haryana while on way to a port for which there is a proposal to open centres around Delhi at Gurugram, Sonepat, Rohtak and Jhajjar to provide cargo clearance facilities to customers which will also earn extra revenue to the government as well as financial gains to cargo shipping companies. Chautala said, proposals for aero defence hub have also been received from reputed companies.

Dushyant Chautala said, all technical assistance for this project has been obtained from Haryana Renewal Energy Department. He said, the aviation hub will require 80 Mega Watt electricitywhich does not include power load required for Air Defence, manufacturing hub and lights installed on runway. 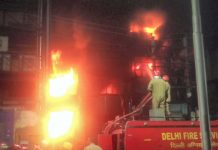 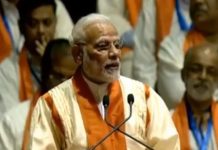